South Africa was at their remarkably best during the historic four-day Test match against Zimbabwe in Port Elizabeth as they blew them away by innings and 120 run within 2 days. This performance has ringed the alarm bell for India, who will be visiting them for a three-match Test series in January 2018.

Proteas have ticked all the boxes in this comprehensive victory and their star players have arrived at the international arena as well. AB de Villiers was in full flow during his return match to Test arena, which came almost two years after his last outing in whites. He notched up a well-paced fifty before grabbing 8 wickets behind the stumps.

Here we are listing 7 records, which South Africa made during their historic win over Zimbabwe;

India will kick off their tour on January 5 in Cape Town before heading to Centurion and Johannesburg for next two Tests. 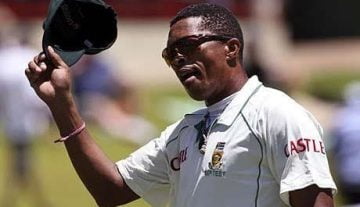 News
By Aditya Pratap - Feb 2, 2018
‘Superstitious Ntini’ used to pee on hands to splash it on face