It has been five days since the controversial dismissal of the Sunrisers Hyderabad (SRH) skipper, Kane Williamson, but the team management has not gotten over it yet. SRH now has launched an official complaint to the Indian Premier League (IPL) officials. The incident took place during the game between SRH and Rajasthan Royals on March 29.

SRH skipper Kane Williamson was adjudged to be caught out after the catch by Devdutt Padikal. The replays indicated that the ball had touched the ground before Padikkal caught the ball in the end.

The Hyderabad management has now decided to launch an official complaint and protest with IPL Governing Council. As per the reports of Cricbuzz, a member of SRH management said, “Yes, we’ve written to the Board of Control for Cricket in India. The procedure is that the coach has to write and the process has been followed.”

In the second over of the match between SRH and RR, Kane Williamson edged a Prasidh Krishna delivery. Standing at the first slip position, Devdutt Padikkal dived and apparently caught it. Kane Williamson stayed put when the on-field umpires decided to have a second look. After a five-minute review, the third-umpire gave it OUT, despite replays showing it clearly that the ball had touched the ground.

Now, SRH has launched an official complaint against the decision taken by third umpire KN Anantha Padmanabhan. Adhering to the IPL guidelines, the complaint letter was written by Sunrisers Hyderabad’s head coach Tom Moody, who had previously publicly expressed his surprise at this decision.

Tom Moody had said, “We were very surprised that it was given out, particularly when we saw the replay. I can understand the on-field umpires taking it upstairs, and when that happened and we saw the evidence. We’re certainly not umpires, but it looked pretty clear to us what the decision was,” Moody said after the match. 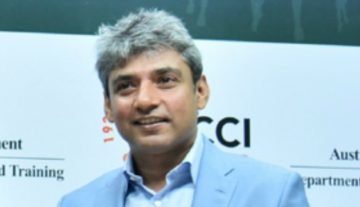 News
By CricShots - Sep 17, 2022
Ajay Jadeja Has a Crucial Advice For Rohit Sharma And Rahul Dravid