Former BCCI president N Srinivasan reckons that resignation of Shashank Manohar as the ICC chairman can be good riddance. On Wednesday, the ICC said that Shashank Manohar decided to call it quits on his position after two 2-year tenures as the chairman of the global body. Meanwhile, Deputy Chairman Imran Khwaja will be performing the duties until a successor is elected.

ALSO READ: Possible Contenders To Become The Next ICC Chairman

He further added, “He has hurt India’s finances in the game, has hurt India’s chances at the ICC, he has been anti-Indian and has reduced India’s importance in world cricket. He is running away now because he knows he will not get any bow from the Indian leadership.”

In 2019, BCCI came in as oppose to Manohar’s potential re-appointment as ICC chairman. Notably, the latter had the chance of continuing at his position of couple of years but he had decided against it.

Talking about the same, Srinivasan said, “Ever since the new leadership has come into BCCI, Shashank knew he could not afford to represent India and use that as a vehicle for his convenience. He knew he had no chance (to continue) and therefore he had run away.”

ALSO READ: Ravindra Jadeja Thanks Wisden For Naming Him MVP In Tests

BCCI has never had good relations with Manohar over the years as the Indian cricket board has pinpointed him for reducing its share in ICC’s revenue. Earlier this year, some of the BCCI officials accused Shashank Manohar of delaying the final call on the T20 World Cup, which is scheduled to be taking place in Australia in October-November in the wake of the Covid-19 pandemic. 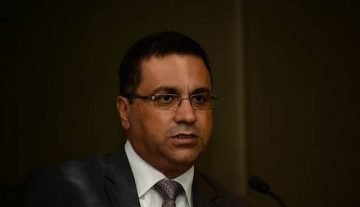