The lanky pacer, Mitchell Starc won’t be available for Australia’s third and final ODI against South Africa on Saturday at the Senwes Park in Potchefstroom. The hosts have already taken an unassailable 2-0 lead in the series after facing a six-wicket defeat at the Mangaung Oval in Bloemfontein. Starc will be back in Australia to attend the Women’s T20 World Cup final where his wife Alyssa Healy will be playing.

Australia will be locking horns with Harmanpreet Kaur’s India on March 8 at the iconic Melbourne Cricket Ground. Alyssa Healy will be representing Australia and Starc will be there at the venue to cheer her up in one of the most important matches of her life. Justin Langer, the Australia head coach, said that the team was happy to release the left-arm speedster for the ‘once-in-a-lifetime-chance’.

As per the quotes in cricket.com.au., Langer said, “It’s a once-in-a-lifetime chance for Mitch to watch Alyssa in a home World Cup Final and so we were happy to allow him to return home to support his wife and be part of a fantastic occasion.”

Langer understands that Starc has been playing consistent cricket over the last few months and he needs to rest to refresh himself. The coach further added that it would help the lanky pacer to go into the ODIs and T20Is against New Zealand firing on all cylinders.

The head coach further explained, “It is something we have been talking about for a while and, given Mitch has had a considerable workload in all three formats this summer, his heading home a couple of days ahead of the rest of the squad means he will have a chance to refresh ahead of our home and away one-day internationals and Twenty20 internationals against New Zealand that will wrap up our season.”

Starc’s unavailability will create a room for a pace in the team who can fill in his void. But Langer isn’t concerned by it since Australia already has Josh Hazlewood, Jhye Richardson and Kane Richardson on the bench. In the dead rubber, the Aussies will be looking to restore some pride, evading a series defeat. 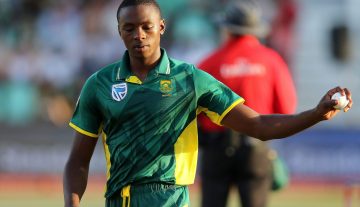