Australian stalwart, Steve Smith on Monday said that he is willing to take part in the 13th edition of the Indian Premier League (IPL) if the T20 World Cup gets postponed due to the coronavirus pandemic. The T20 World Cup is scheduled to be taking place in Australia from October 18-November 15 this year, however, the future of the tournament is not known due to the coronavirus pandemic.

The IPL has been postponed indefinitely due to COVID-19, and it is being speculated that the tournament might go ahead in October if the T20 World Cup is postponed. Talking about the same to ESPNCricinfo, Smith said, “I think when you are playing for your country at a World Cup, that’s the pinnacle for one-day or T20 cricket, so of course I’d prefer to play in that. But if that doesn’t happen and the IPL’s there, and they postpone it, then so be it.”

He further added, “IPL’s also a terrific tournament as a domestic tournament. So that”s out of everyone’s control at the moment, players are just doing what we’re told and going where we need to go and playing whatever’s on at that stage.”

Smith also said that the news regarding the T20 World Cup will be out in the public domain soon and reckons that he would just be following the guidelines issued by the government and health officials. He is currently holding the numero uno position in the ICC Test batsmen rankings with 911 points and is closely followed by India captain Virat Kohli with 886 points.

Steve Smith was last seen in action against New Zealand in the first ODI of the three-match series in March this year. After the first ODI, the series between both sides was postponed due to the coronavirus pandemic.

Smith would have been leading the Rajasthan Royals (RR) in the IPL if the tournament had it started on March 29. 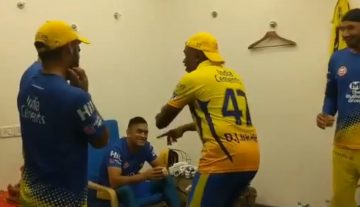