The veteran English pacer, Stuart Broad reckons the recent changes in the global cricket calendar can indicate he could be the last pacer to scalp 500 Test wickets. Broad reached the landmark figure by trapping Kraigg Brathwaite plumb lbw as England registered a 269-run win in the third Test against the Windies at the Old Trafford on Tuesday that saw the hosts to a 2-1 series victory. The 34-year-old Broad became the seventh bowler in the history of Test cricket to have taken 500 Test wickets and the fourth quick.

Broad, whose one-day international career was effectively ended by England in 2016 as he started focussing more on Test cricket, said scheduling would now be the issue for a fast bowler wanting to join him in the ‘500-club’.

Talking about the same, Broad said, “Someone is going to have to play a lot of cricket because there is a lot of competition out there, between different T20 leagues franchises, 100-ball. I feel very lucky to have played for England in an era where we’ve played a lot of Test cricket in the summer and a lot in the winter. I think there’s talk of thinning the number of Tests we play in the summer down.”

Among active bowlers, only Australia off-spinner Nathan Lyon, with 390 Test wickets, has the chance of becoming the 8th bowler to surpass the landmark of scalping 500 Test wickets. Broad’s longtime new-ball partner James Anderson, who is approaching 600 Test wickets, suggested ahead of the game on Tuesday that the Nottinghamshire seamer could surpass his eventual tally.

Talking about the same, Broad said, “I’ve never even thought about that. (But) why not try and follow in Jimmy’s footsteps? He’s been wonderful to play with. If I keep bowling the way I am for the next few years then I wouldn’t rule anything out.”

Broad ended the West Indies series as the leading bowler for both the teams as he scalped 16 wickets at a miserly average of 10.93, despite being controversially left out of England’s defeat in the first Test at Southampton. 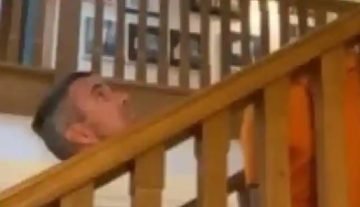 Social Shots
By CricShots - May 22, 2020
Kevin Pietersen Made A Hilarious StairCase Video On Instagram