The most memorable moment of the first day of the An image from Day 1 of the first Test in Chennai between India and England was the one in which the Indian skipper, Virat Kohli can be seen helping his counterpart Joe Root when the latter was struggling with his cramps.

The gesture was also appreciated by the ICC who shared a post on social media calling it ‘a heart-warming Spirit of Cricket gesture’. But the visiting fast bowler Stuart Broad was not impressed by ICC’s post and took a cheeky dig at it by replying, ‘I ran a drink out too, spirit of cricket award?’

The incident took place just before the end of the day’s play on Friday when Joe Root after scoring his 20th Test century and having batted for more than a couple of two sessions was beginning to cramp a little.

As he fell down due to the cramps, the England skipper got some help from Kohli in holding his leg up. The gesture has been applauded by the cricket fraternity from around the world.

Broad, who has over 500 Test wickets, is not playing the first Test in Chennai. The veteran English fast bowler has often been given breaks between Test matches along with veteran pacer James Anderson.

Stuart Broad last played the first Test against Sri Lanka in Galle earlier last month. The Brits are in India for a four-match Test series followed by five T20Is to played in Ahmedabad the tour will be concluding with the three-match ODI series in Pune. 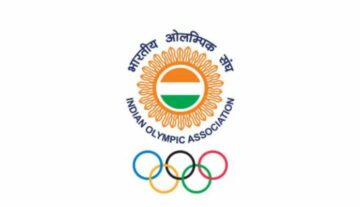 News
By CricShots - Aug 4, 2022
IOC To Review Cricket For Inclusion Of The Sports In 2028 Olympic Games