The new entrants, Lucknow Super Giants (LSG) locked horns with Royal Challengers Bangalore (RCB) in the eliminator of the playoffs of the Indian Premier League (IPL) 2022 at the Eden Gardens in Kolkata. Earlier, LSG skipper, KL Rahul decided to bowl first. While RCB made one change as Mohammed Siraj replaced Siddharth Kaul, LSG made a couple of changes as K Gowtham and Jason Holder made way for Krunal Pandya and Dushmantha Chameera.

Rajat Patidar laced his innings with 12 fours and seven sixes in his stupendous knock, while Karthik hit five fours and one six. They helped RCB to reach a huge score of 208 in their quota of 20 overs. The LSG openers came out to chase the score but they were an early jolted as Quinton de Kock was dismissed for 6 from 5 balls. However, captain KL Rahul anchored one end as he was joined by Deepak Hooda.

KL Rahul and Deepak Hooda tried to fight back but it proved to be too much for the LSG batters as Harshal Patel and Josh Hazelwood bowled beautifully in the death overs to seal the deal for their side. In the 19th over of the chase, Hazlewood crashed all the hopes of LSG when he dismissed KL Rahul and Krunal Pandya on back-to-back deliveries. Former RCB skipper, Virat Kohli was pumped after the dismissals as it assured a win for RCB. Eventually lost the game by 14 runs as they managed to reach the score of 193/6.

KL Rahul’s girlfriend Athiya Shetty and her father Sunil Shetty reacted after Lucknow Super Giants got eliminated from the IPL 2022. They lost against Royal Challengers Bangalore on Wednesday. The Indian international went on to upload an emotional post on Instagram. KL Rahul’s girlfriend Athiya and her father Suniel Shetty posted a couple of hearts in the comments sections of the post. 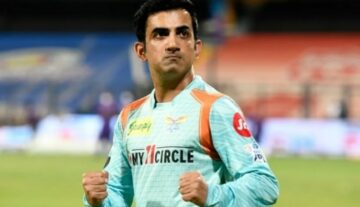