Indian cricketer KL Rahul and actress Athiya Shetty have been dating for a long time now and are among the famous celebrity couples in India. Initially, both KL and Athiya had kept things under wrap but with time the couple went on to make their relationship public. Athiya’s father, Suniel Shetty, was recently asked about the wedding of his daughter Athiya and Kl Rahul, responding to which he said that the couple will themselves decide when that will happen.

Athiya and KL Rahul had made their relationship official last year when they attended the premiere of Ahan Shetty’s debut film, Tadap, and posed together at the event. Suniel Shetty has also been spotted cheering for KL Rahul from the stands a few times.

ALSO READ: Scott Styris believes Shubman Gill has to wait to be the opener

KL Rahul has recently led team India to a 3-0 ODI series win against Zimbabwe. He has cemented his spot in all three formats and also has an added responsibility now as he is the vice-captain of the side. His busy schedule is one of the reasons that Suniel Shetty has stated why Athiya and KL’s wedding is not planned as of yet. A reporter from Instant Bollywood recently asked Suniel Shetty about Athiya and KL’s wedding and the veteran actor responded positively stating a few reasons regarding why it has not been planned yet.

Suniel Shetty said that it is not possible to conduct the marriage in a 1-2 day break that Rahul gets in between the hectic schedule. He also said that the couple will themselves decide when they should get married and as soon as they decide, it will happen.

Suniel stated that Rahul hardly has any time to get married and that he needs to take a break for that to happen.

Suniel Shetty explained, “Now papa wishes that she is a girl and should get married, but Rahul needs to get a break, and the kids will decide when that will happen, because if you look at Rahul’s calendar, there is just 1-2 day break, and a wedding cannot happen in such a short time.” When there is time, the wedding will be planned.” 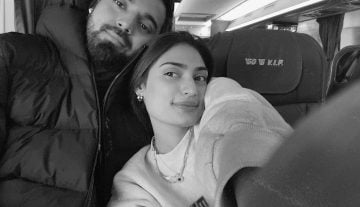