While India won the game against Pakistan in the Asia Cup 2022 on Sunday by five wickets, there were a few headaches for the side too which they would want to sort out going forward. Going into the crunch situation, the focus was on India’s top three, who failed to do well especially, KL Rahul (0), and Rohit Sharma (12 off 18). Though Kohli showed signs of returning to form, he rode his luck on occasions. Former Indian skipper, Sunil Gavaskar opined that the players need to score big.

Explaining the same, during a chat with India Today, Sunil Gavaskar said, “Rahul played just one ball, so you can’t judge anything from that. Rohit and Kohli had the opportunity to bat for some time, they got runs. All these earlier times when people were talking about Kohli’s form, I kept on saying that he is not having any luck.”

He further explained, ” Today, he had a lot of luck, drop catches, a lot of inside edges, which went so close to the stumps, he had the luck. But one had expected that with the kind of start that he had, he should have got around 60-70. He got out immediately after Rohit got out.”

Sunil Gavaskar asserted, “Both of them got out to forgettable shots. At that stage, those shots were not necessary as the asking rate wasn’t 19 or 20 for them to attempt sixes at that stage. It was required for them to get going, get to 70-80, and then maybe go for the big shots. That should be learning from this game.”

In the match, Hardik Pandya produced a special all-around effort as India managed to pull off a close five-wicket win over arch-rivals Pakistan in their Asia Cup 2022 opener here on Sunday. Hardik (3/25 in 4 overs) showed his high value under extreme pressure as his well-directed short balls helped India bowl out Pakistan for 147.

It should have been straight forward chase but India’s experienced top-three failed to perform as per the expectations, putting extra pressure on the middle order. Hardik (33 not out off 17) and Ravindra Jadeja (35 off 29) made a match-winning partnership of 52 runs to take India on the cusp of a famous win. 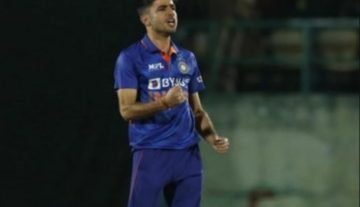