Former India captain Sunil Gavaskar backed Virat Kohli to score 100 international centuries if he is able to continue playing until he turns 40. The legendary batter also added that he won’t be surprised if Kohli goes on to play 5-6 more years, considering his stunning fitness. While speaking to India Today after Virat Kohli smashed his 46th ODI hundred, Sunil Gavaskar said that he is confident that Kohli will be able to get to 100 international tons if he carries on with the hunger to score big as well.

However, Kohli has scored 4 international hundreds in the last 6 months and has been in sublime form in white-ball cricket in the lead-up to ODI World Cup 2023. He is just 3 hundred away from equalling Sachin Tendulkar’s ODI record of 49 tons as well. Kohli needs 26 more hundreds to equal Sachin Tendulkar’s world record of 100 international centuries as well. Tendulkar had scored 51 Test hundreds and 49 ODIs hundreds in his career as well whereas Kohli has 46 ODI hundreds, a T20I century and 27 Test hundreds so far as well.

“Sachin Tendulkar also played till his 40s and he had kept his fitness. Kohli is very aware of his fitness. He is still, the fastest runner between wickets in this Indian team. Only when MSD was there, you could say, MS Dhoni was as quick, if not quicker. Today, at this age, he beats the youngsters hands down. Converting 1s into 2s, and 2s into 3s, he is an absolute champion at that. And not just his runs, but for his partners as well. So with that kind of fitness, for him to play till 40 would not be a surprise at all,” Sunil Gavaskar further added. 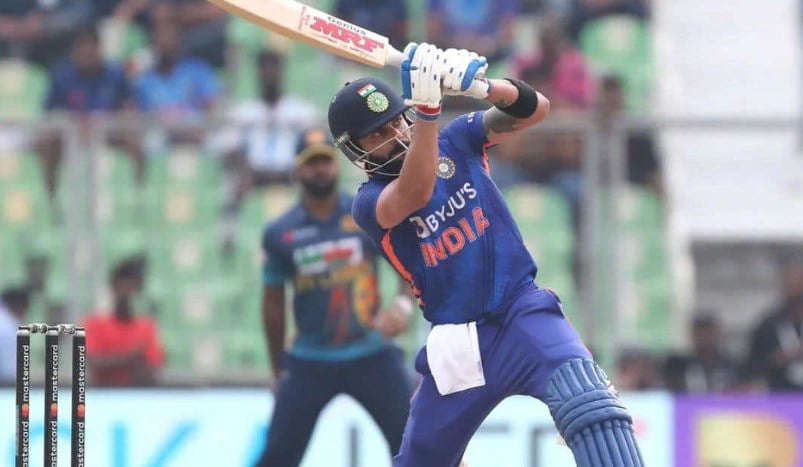 Virat Kohli has not been picked for the T20Is this year but he is a key member of the Royal Challengers Bangalore Indian Premier League franchise as well. At 34, he has spoken a lot about staying fresh and opined on the need to take breaks. Gavaskar also believes Kohli will have no problem continuing to play international cricket for another 6 years as well.