Despite MS Dhoni being on a long sabbatical, the former Indian skipper has managed to hog some limelight as his future in international cricket continues to create debates. The former India skipper has not played for the national team since the World Cup semifinal in July last year.

Just a few days after the tournament ended, Dhoni surprised everyone by deciding to stay away from competitive cricket, however, it was earlier scheduled to last for a month. But MS Dhoni decided against ending his sabbatical and he is yet to play a competitive game since the end of India’s World Cup campaign.

The sabbatical was expected to have ended later this month in the Indian Premier League (IPL) but the BCCI has suspended it till at least April 15. The IPL is being as the tournament which could pave the way for MS Dhoni’s return to the national team. India head coach Ravi Shastri had previously said that the former Indian skipper could be in contention for a spot in the squad for the T20 World Cup if he performs well in the IPL.

Only time will tell how things unfold for MS Dhoni but former India skipper Sunil Gavaskar believes the wicketkeeper-batsman will not be a part of the T20 World Cup squad as the team has moved on.

As per the quotes in Dainik Jagaran, Sunil Gavaskar said, “I would certainly like to see Dhoni in India’s World Cup squad but it’s highly unlikely to happen. The team has moved on. Dhoni is not someone to make big announcements so I reckon he would silently retire from the game.”

As of now, KL Rahul has been performing the wicket-keeping duties in the ODIs and T20Is and he has done really well. He took over as the wicketkeeper after the under-performing Rishabh Pant suffered a concussion during the ODI series against Australia in January. Rahul has been doing extremely well with the bat and it would be indeed baffling if Dhoni replaces him in the coming days. 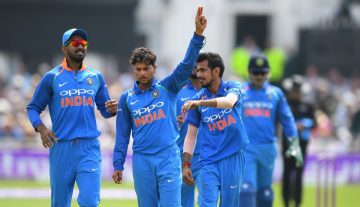