Article
Sunil Narine Wants Some Match Practice Ahead Of His International Comeback
By CricShots - Feb 5, 2018 9:11 am
Views 0

Caribbean mystery spinner Sunil Narine is one of the most popular T20 players in the world. Recently, he cleared the air on what prompted him to opt out of the Windies squad for the ICC Qualifiers in Zimbabwe.

Narine said he is still interested in playing international cricket for Windies, but as he hasn’t played enough cricket in the last few months he doesn’t want to rush his return to ODI matches in 2017.

Cricket West Indies had said last month Sunil along with Kieron Pollard, Dwayne Bravo, and Andre Russell has been invited to join the national squad but had, said that they were unavailable for the qualifiers as their priority was playing in the Pakistan Super League.

During a chat with  Massy United Insurances Line & Length TV show, Narine talked about the same, he said, “It’s nothing like that. I just don’t want to rush back into International cricket and the 50-over game. I think I need to play some 50-overs cricket at the regional level and get accustomed again.”

He further elaborated, “I don’t want to rush back into it (international cricket) and make a mess of myself. I think it’s about my self-performance, self-belief and trying to go out there and perform for T&T and once I can do that I will be available for West Indies again. I think playing for the West Indies is the ultimate goal. I think you must try and enjoy your cricket and enjoy it no matter what. So, I will see how these games go in the Super50 and if I am comfortable and enjoying it, why not, I will play for West Indies again.”

Narine has played 65 ODIs for Windies and has bagged 92 wickets. However, he played his last international game in 2016 in a limited-overs series against Pakistan in the United Arab Emirates. He was cleared by the ICC just months before after he was banned for suspect bowling action in 2015. He reckons that the Windies team will seal their qualification for the 2019 World CCup slated to be held in England and Wales.

Sunil concluded, “I think they can [qualify]. They have a good team. They just need to enjoy the cricket, be positive and once they are enjoying it, they can play as well as they want to.” 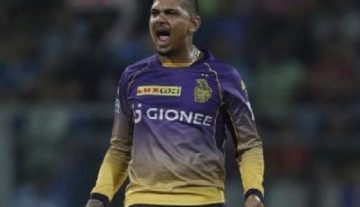