In the video, Rashid Khan, dressed in his traditional attire, sent a low full-toss straight over long-on. SRH used a couple of emojis; a helicopter and a mind blown emoticon. The SRH fans were impressed with Rashid’s skills and asked for a promotion in the batting order.

Commenting on the video, one of the fans wrote: “Rashid should be promoted to 1down batsmen,”. One of the users on Instagram, also wrote: “Winner winner 2020 IPL cup”.

Rashid got to make his debut in the IPL in the 2017 edition for the SunRisers Hyderabad and he has been one of their most consistent performers in the tournament. The young leggie has played 46 IPL matches and he has managed to scalp 55 wickets to his name at an impressive economy rate of 6.55.

The 13th edition of the tournament was scheduled to commence on March 29 but due to the ongoing coronavirus pandemic, the Board of Control for Cricket in India (BCCI) had postponed the tournament until further notice as a precautionary measure to stop the spread of the virus. 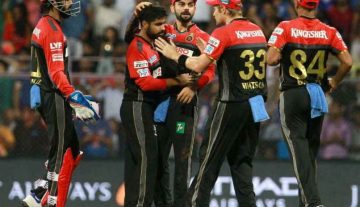