Veteran Sri Lanka pacer Suranga Lakmal has opined on his Test career before his final game and he believes it’s the right time to hang up his boots. However, he announced before the series against India that it would be his final game at the international arena. He also thanked the Sri Lankan Cricket Board for the opportunity as well. 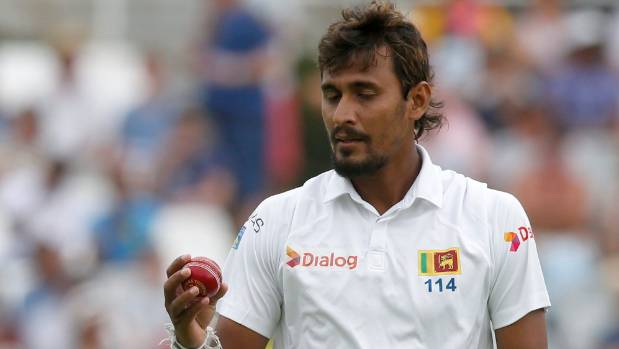 Speaking to ESPN Cricinfo, Lakmal said: “More than thinking about my performance, I thought about what I can do for my team. I’ve played for 13 years, and now I’m 35. Rather than sticking around for a couple more years, I thought I’d give my place to someone younger. This is the best time to take my leave of Sri Lanka cricket.”

“We’re all playing for this Test Championship and a lot of service is expected of me there, but a lot of the Tests we will play in the rest of the year are in Sri Lanka. We all know that we prepare spinning pitches there. Even if there’s just one or two seamers playing, you have the opportunity to groom someone new,” he continued.

With 170 wickets in 69 Tests, Suranga Lakmal is the fourth-highest wicket-taker for Sri Lanka. He will join the Derbyshire county cricket club as well. However, they will try to do well in the second Test against India in Bengaluru, which starts on Saturday as well. Notably, they had faced a defeat in Mohali in the first Test as well.

“Probably my biggest success was winning the pink-ball Test in Barbados under my captaincy. That was the first time an Asian team had won there. Also whitewashing Australia at home in 2016. Winning in South Africa as the first Asian team to do that was great as well,” Suranga Lakmal concluded.