The veteran Indian cricketer, Suresh Raina reckons that the Indian Premier League (IPL) can wait till millions of lives, which are at risk due to the outbreak of COVID-19 pandemic. He has already done his bit in this fight against the deadly virus by donating  ₹52 lakh, one of the highest donations among elite sportsperson.

During a recent interview with PTI, when he was asked about the IPL, which has been suspended till April 15 Raina said, “Life is most important at this point in time. IPL can surely wait. We all need to follow the government guidelines on lockdown else we all face the consequences. When life gets better, we can think about IPL. So many people are dying at the moment, we need to save lives.”

While spreading awareness on the importance of staying home during the ongoing 21-day lockdown across the nation on social media, the southpaw is performing the duties of a homemaker as his wife recovers from the birth of their second child, son Rio, last week. In the normal circumstances, Raina would be playing in the IPL but instead, he is enjoying cooking for his family as well as doing some domestic help in the house.

Describing the same, Suresh said, “I am relaxing in the lockdown, cooking and spending time with the kids. With this lockdown, people should realize the importance of being down to earth. At this time, three-meals-a-day matter much more than the size of your house and car, what you wear doesn’t matter. I am used to cooking since my hostel days, so I enjoy doing that. Wife (who gave birth to a boy last week) and kid are still recovering, so happy to contribute with the household work.”

Raina was busy preparing for the 13th edition of the IPL in Chennai before the nationwide lockdown was announced. The tournament was also supposed to be MS Dhoni’s comeback event.

Talking about the camp, Raina said, “It was a nice camp. I was there for two months but then this happened. I got to spend some time with Dhoni. He was batting so well in the nets, he had the hunger of a youngster. In one session, he batted for three hours at a stretch,” recalled Raina.

When asked about the 2011 World Cup triumph of India, Suresh Raina said that they celebrate it every year like Holi and Diwali. 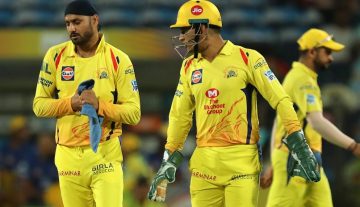