Suryakumar Yadav played another flamboyant knock which helped the Mumbai Indians (MI) to register a five-wicket win over the Royal Challengers Bangalore (RCB) on Wednesday. With the win, the reigning IPL champions also returned to winning ways after losing their previous game against Rajasthan Royals (RR) when they had failed to defend 195.

Yadav played the unbeaten knock of 79 to help his side chase down 165 with five balls remaining. Despite MI losing wicket at crucial junctures, Suryakumar held firm from one end during his 43-ball knock that was studded with ten fours and three sixes. RCB bowlers had no answer to his batting and when nothing was working out their skipper Virat Kohli decided to take the matter into his own hands.

During the 13th over of the match, Kohli was seen walking up to Suryakumar and saying something while shining the ball. However, the latter didn’t lose his cool and displayed remarkable maturity by just walking away from the RCB skipper.

Here is a clip of the incident:

Love u Surya.
That's the way u deal 💯#MIvsRCB pic.twitter.com/8q1mMW0WSF

Suryakumar Yadav expressed his delight over finishing the game for his team. Despite the fact that Ishan Kishan, Saurabh Tiwary, and Krunal Pandya lost their wickets from the other end, he kept playing his usual game.

The 30-year-old then added a decisive 51-run partnership with Hardik Pandya to completely turn the game in his side’s favor. He then finished the game by hitting Mohammed Siraj for a four on the first ball of the final over.

Talking about his innings after the match, Suryakumar Yadav said, “I was looking to finish the game. I was looking to learn what my game is. Happy to have finished it. One over cover to Chahal and the back foot punch off Steyn were my favorites. I used to love playing on the on-side before. Pleased to have finished the game. The team management told me before the start of the tournament told me that you have played enough to take the game deep.” 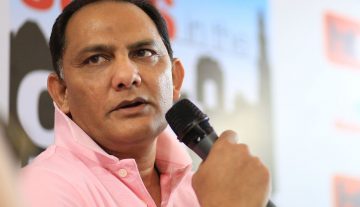