News
Sydney Thunder terminate the contract of Fazalhaq Farooqi for the behavioural issues
By SMCS - Dec 24, 2022 10:55 am
Views 25

Sydney Thunder has recently terminated their BBL contract with the speedster Fazalhaq Farooqi after a hearing that took place by Cricket Australia’s conduct commissioner as well. They received an official complaint about Farooqi’s behaviour and they also took a call on terminate the contract after the investigation as well.

However, Sydney Thunder have terminated Afghanistan pacer Fazalhar Farooqi after receiving an official complaint about his behavioural issues. But, Cricket Australia(CA) didn’t reveal the details. Meanwhile, after a subsequent hearing and ruling by CA’s conduct commissioner, they took the call to end all ties with the player. Cricket NSW CEO Lee Gormon has recently confirmed the development.

“The behaviours displayed by Fazalhaq Farooqi sit outside our values and it was determined that his contract be terminated. Our focus now is providing the necessary support to those affected by this incident,” Germon stated.

However, an official release shared that the pacer’s contract was terminated after the commissioner’s ruling about the incident.

However, Farooqi came in place as a replacement for David Willey in the team in November Sydney Thunder team. He claimed five wickets from the first couple of matches in BBL and was bowling brilliantly for the team as well. Meanwhile, with his absence from the team, they will try to find a replacement for the rest of the season as well. 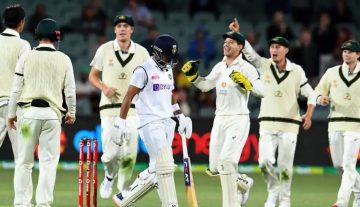