Former Indian skipper Sunil Gavaskar has expressed his views on Jasprit Bumrah’s bio-bubble fatigue statement. Gavaskar has said when you are playing for India there should be no excuse.

Team India has lost back-to-back games in the ongoing T20 World Cup 2021 in the UAE. First, Pakistan thrashed India in the campaign opener in Dubai and broke their jinx of losing against India in the World Cups.

New Zealand was the next hurdle in their way and India’s famed batting line-up didn’t show up against them. India managed to score just 110 runs while batting first and lost the match by 8 wickets with 33 balls to spare.

After the defeat, Bumrah said the bio-bubble takes its toll on the mental health of Indian players.

However, former Indian skipper Sunil Gavaskar has said there should be no excuse when you are representing India.

“Well, you are playing for India, everything has got to recede into the background. It’s as simple as that. Playing for India is an unbelievable privilege,” Gavaskar said on India Today.

“It’s a huge honour to represent your country because there are millions who want to get the India cap. So, you are really privileged to do that. There should be no real excuse. You have got to go out there and give it your best. And that’s all the fans are expecting. We all know you can’t win every game,” he added.

However, he agreed that this Indian side is a champion team and they will have to sort out why they are not doing well in the ICC tournaments.

“In sport, you are going to lose some. Even great teams lose. Make no mistake, this Indian team is a great, top, champion team. But only in the multi-country tournaments, they have not done well. That is something they have to do and not talk of anything else,” he said. 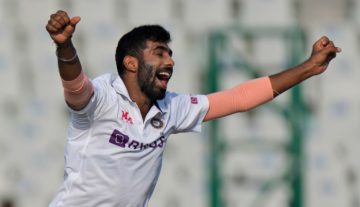