Team India had a day off on Friday ahead of their next match in the T20 World Cup 2021 against New Zealand on Sunday. Team India enjoyed their day off while playing a completely different sport to take some time off cricket. 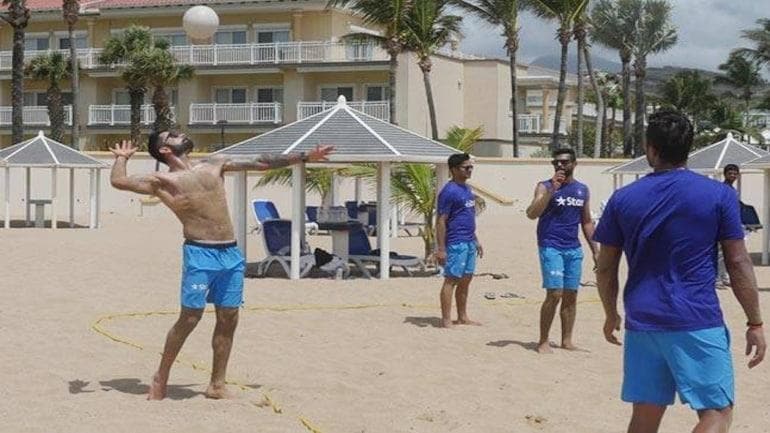 Indian players were seen playing beach volleyball in Dubai as a time off from cricket. The Board of Control for Cricket in India (BCCI) shared the video on their social media platform where the Indian cricketers were playing volleyball.

While sharing the video, BCCI captioned “A game of beach volleyball as #TeamIndia unwinds in their day off!”

A game of beach volleyball as #TeamIndia unwinds in their day off! 👍 👌#T20WorldCup pic.twitter.com/3JXOL17Rr3

On the tournament’s front, Team India lost their campaign opener to Pakistan in Dubai. Pakistan team thrashed India in all departments and registered a comprehensive victory by 10 wickets. This was their first-ever win over India in a World Cup game.

Now, India will lock horns against New Zealand, who also faced Pakistan in their opening game and lost by 5 wickets. Thus, this match between India and New Zealand is very vital in the context of the tournament. The winner is likely to hold on to a semi-final spot while the loser will find it tough to finish in the top two.

India are sweating on the fitness of all-rounder Hardik Pandya, who injured his shoulder in the first game and also hasn’t been bowling due to a recurring back issue that has plagued him since 2018.

Pandya bowled in the nets on Wednesday for a short span of time but it remains unclear as to whether he will be able to roll his arm over in the upcoming match or not. The 28-year-old has bowled just 19 overs so far in 2021 and last bowled for Team India on the tour of Sri Lanka in July.

Shardul Thakur is a like for like replacement who can come in place of Pandya against New Zealand.