Chennai Super Kings (CSK) was the most consistent franchise in the history of the Indian Premier League (IPL). It was also the most IPL team in India.

Supreme Court-appointed Justice Lodha panel took a harsh decision against CSK and RR and banned them for 2 years(2016, 2017) in Indian Premier League (IPL) as their owners were found to be involved in betting. Since the last two IPL seasons were the toughest for the CSK fans. Here are the five things the fans are after their favorite team got banned.

Since the ban of CSK, the other franchises has finally got 4 vacant spots in playoffs to fight for. They have maintained the tag of most consistent IPL as they qualified for playoffs in all seasons they have played. They had made the habit of cementing a spot and others would fight for the remaining three.

Chennai Super Kings has reached 8 times in the playoffs, final 6 times and won the IPL 2 times. That’s the way how they had dominated the IPL. After the news broken about CSK’s return next year, the other teams will have very less chance to make an error, which can even cost any team a place in Playoffs.

2. The drum beats of Shivamani

The flamboyant drummer Anandan Sivamani is one of the other attractions of IPL. He was most of the times spotted in the CSK matches. He is associated with the Chennai Super Kings team but gained acceptance through his role as A. R. Rahman’s lead percussionist.
He performed drumming during the IPL tournament in 2008 and 2010. He is one of favorite of the CSK fans, and even the players loved him.

Most of the CSK fans except South Indians didn’t even understand the meaning of the original “Whistle Podu” song. But that is how the fans have celebrated CSK’s triumphs. Some fans were so crazy that they even kept it as ring tone of their mobile phones. Those were the days, CSK fans would be missing them surely.

The rivalry between Chennai Super Kings–Mumbai Indians is the biggest rivalry in the history of IPL. Both the teams faced each other for 24 times and CSK won 13 out of them. There have been a bunch of close encounters between these two and that is enough reason for their fans to miss the rivalry.

Here is one of those thrilling encounters:

CSK fans wouldn’t have ever thought that one day they will see MS Dhoni in any other jersey instead of the yellow one, which suits him the most after the blue Indian jersey. It was hard to digest for Dhoni fans that he will no more be wearing the yellow jersey.

The fans were so confident that the franchise would spend whole money on Dhoni but never let him go. MS Dhoni himself got emotional talking about Chennai Super Kings after they got banned. He said, “I would be lying if I say I have moved on from CSK. Playing in IPL without donning CSK jersey made me emotional.” He was literally treated as te only superhero in south India after Rajnikanth. 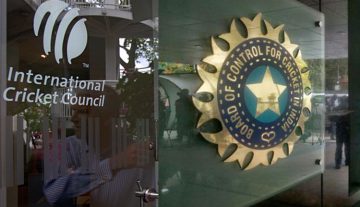