Mumbai Indians (MI) all-rounders Daniel Sams and Tim David recently gave a candid interview after their thrilling last-ball win over the Gujarat Titans (GT) on Friday. While David played a crucial cameo of 44*, Sams defended nine runs in the final over to give Mumbai fans a thrilling win. 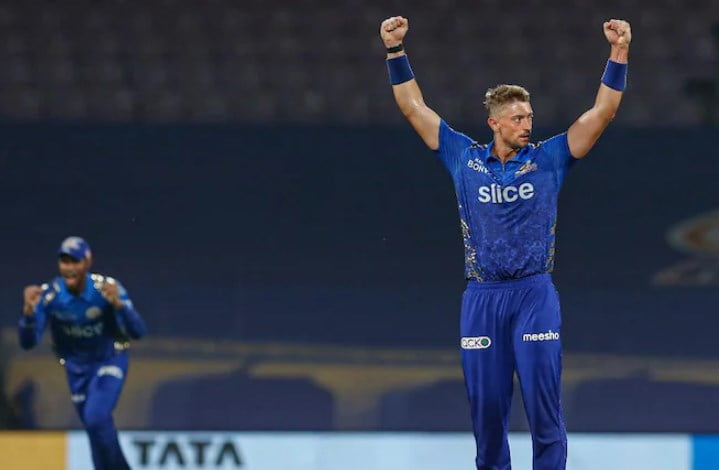 In a video posted by the IPL on its official website, Tim David opened up on the final delivery bowled to Miller and how he felt that Sams had almost bowled a ‘beamer’ to him as well. He said: “I was at long on and I thought, ‘No, that slipped out of his hand with a dew and we’re cooked here!’ But then it just dipped halfway down. It was a great feeling.”

Daniel Sams again said: “Going into that over, preplanning against Miller and Tewatia, we were going to go wide and slow. I tried to get as close to that wide line as I could. When we got that run-out (Tewatia) that was quite handy. With Rashid Khan it was always going to be slower ball bouncer into the wicket. I was bowling quite similar so I decided to go a bit fuller so that he doesn’t sit back and hit it.”

Tim David once again proved his worth. he also explained how he approached his innings against GT. He also added that they were short of runs on the board.

“When I came to the middle we had lost a bit of momentum and it was important to show some intent early and luckily I got a couple out of the middle. So I felt confident on the pitch. Felt like a great pitch, so sometimes when you got those conditions in your favour, try and maximize it. I felt I missed out on a couple to be honest. I thought we were a bit short so I was frustrated when we came off. But it shows how good a job you guys did, specially when they were none for a hundred, dragged them back and got our second win which is obviously a great feeling,” Tim David concluded.