Since the ball-tampering incident was broken out during the Cape Town Test in this March, Australia’s cricketing cultures have been hugely criticised by the world cricket. The present Australian Test and ODI skipper Tim Paine has recently claimed that they are working to build a better cricketing culture.

The ball-tampering incident has hugely hit the Australian cricket in various aspects, including their cricketing cultures which lead the win-at-all-costs mentality. Recently, Paine has claimed that they are working to set a cultural blueprint for the behaviour of players.

Paine told Fairfax Media, “It’s going to be how we go about it, how we want to be seen and what we are about. That’s really important. We are the lucky ones that get to represent our country and pull on that Baggy Green cap, which is a huge privilege.

“I think we have to go back to that and just remember that we are Australia’s team – we are not the Australian cricket team. We don’t own it. We are just here for the ride and it’s important that we leave that team in a better place to when we went into it.”

Paine has also claimed that they want to build a positive culture that leads to making the better people that ultimately create a healthy environment.

Paine added, “We want to build a culture that makes people want to be better and produce not only better cricketers but better people. If we can do that, that’s the sort of environment people want to be involved in and that culture spreads really quickly through the team rather than having to try and sell your culture all the time.”

The new Australian leader Tim Paine has further added that they are working to set the new cultural charter ahead of the upcoming Test series against Pakistan in the United Arab Emirates, starting from October 7. It will be Australia’s first Test series since their ball-tampering scandal hit South African tour. 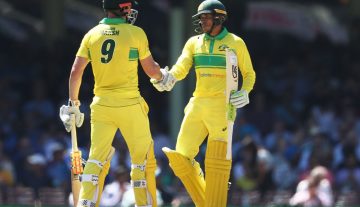