In the 7th edition of the Caribbean Premier League (CPL) Barbados Tridents lifted the trophy by defeating Guyana Amazon Warriors in the final as they won the game by 27 runs. Interestingly, in 2014, they defeated the same opponents to lift the trophy. Nevertheless, Warriors are expected to correct all their mistakes in the upcoming season and make a comeback.

As a tournament, Caribbean Premier League has always been one of the most entertaining T20 leagues around the world. Most of the matches during the last season were top-notch and thus satisfied the appetite of cricket crazy fans all over the world.

ALSO READ: CPL 2020 To Commence In Trinidad And Tobago From August 18

CPL 20 will be taking place between August 18 and September and interestingly, IPL adds 2020 will also be commencing just after the CPL as it will be played between September 19 and November 10. It would be a total injustice to the tournament by now discussing the players and their contributions. After all, the success of every competition depends on the performance of the players. On that note, here is a list of last season’s top 5 outstanding performers.

The Amazon Warriors missed Imran Tahir in their initial squad as he came in as the replacement for Shadab Khan, who left the tournament to fulfill other commitments. All eyes were on Tahir as Proteas had a disastrous World Cup appearance. Although Warriors lost the summit clash, Tahir was shone brightly throughout the season as he took 16 wickets in just 9 matches. He also holds the best economy (5.63) of this season.

Johnson Charles played a crucial role in Barbados Tridents in the last season. He played some brilliant cricket by being the third leading run-scorer. Scoring 415 runs from 13 matches, Charles was the leading four-hitter of the tournament with 45 boundaries in 13 games. What’s more interesting is the fact that he achieved all these with just three fifties and without a single century to his name. 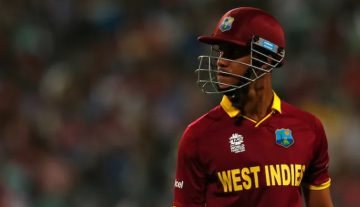