Indian skipper Virat Kohli failed to reach the milestone of becoming the first Indian captain to win 10 ODIs in a row, as the men in blue were defeated by 26 runs by Australia at M Chinnaswamy stadium on Thursday.

Trailing 0-3 in the 5-match series, Steve Smith and his boys made a comeback by posting a huge total of 334 runs on board – which was always going to be a tough chase. Despite a 106-run opening stand between Rohit Sharma and Ajinkya Rahane, the hosts could not chase down the target.

What left Indian cricket fans steaming was the fact that former Indian skipper MS Dhoni, who is going through a purple patch of late, batted at number 7. One of the best finishers to have ever played the game, Dhoni came to bat with just 26 balls remaining and India needed around 50 runs to win. He couldn’t able to take the match in India’s favor as he was dismissed in the 48th over for 13.

Here are some stats of Mahi’s batting at various positions:

Angry fans criticised Virat Kohli and the entire team management for their decision. However, on Friday, one of the avid Dhoni fans decided a run a campaign on social in order to bring back Dhoni at number 4 position with hashtag #Dhoniatno4. He even went on to request all Mahi fans to took to various social media platforms at 7 pm on Friday trend that hashtag so that nothing similar to Bengaluru ODI ever happen again.

P.S. – We feel that Dhoni fans should join the moment as he can control the innings better at number 4 position and he needs to be back at that position, especially while looking at the big picture of ICC World Cup 2019. 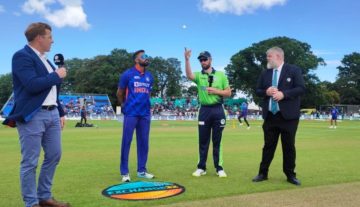