While it was looking like Bangladesh would take the Nidahas trophy fantastically, Indian wicketkeeper-batsman Dinesh Karthik snatched the match with the last ball six. In the Nidahas trophy final, India decided to field first after winning the toss. Bangladesh managed to score 166/8 at the end of 20 overs. In reply, when India needed to score five runs in the last ball, Dinesh Kartik hit a six to lead the nation to a victory.

During the first batting, Bangladesh lost their first three wickets in the powerplay. They scored 40/3 in the powerplay, while their both openers (Tamim Iqbal 15 and Liton Das 11) and the no.4 batsman Soumya Sarkar (1) were dismissed in that period.

At next, while the no.3 batsman Sabbir Rahman took the responsibility to carry the innings on his shoulder, he didn’t get enough support from the other batsmen to build up a good partnership.

Mushfiqur Rahim (9) and the skipper Shakib Al Hasan (7) lost their wicket cheaply, while Mahmudullah (21 runs off 16 balls) and Mehidy Hasan Miraz (19* runs off 7 balls) added some useful runs quickly in that innings.

However, Sabbir played the vital role for Bangladesh to put a good total on the board. After scoring 77 runs off 50 balls (7 fours and 4 sixes), Sabbir was bowled by Jaydev Undakat. His knock helped the Bangladesh team to score 166/8 (20 overs).

Among the Indian bowlers, Yuzvendra Chahal (3/18) bowled superbly in that innings as he picked up three wickets while Jaydev Unadkat (2/33) and Washington Sundar (1/20) got two and one wicket respectively.

In reply, India had also not a very good start but the skipper and opening batsman Rohit Sharma managed to come over from that and provided an important start. In the powerplay, India managed to score 56/2 out of which Rohit scored 39 runs.

While another opener Shikhar Dhawan (10) and no.3 batsman Suresh Raina (0) returned to the dressing room quickly, Rohit Sharma put an important 49 runs partnership for the third wicket along with KL Rahul.

India needed 34 runs in the last two overs when Vijay Shankar was feeling nervous in the crease and set batsman Manish Pandey (28 runs) was just dismissed.

Coming to just bat, Dinesh Karthik scored 22 runs in the 19th over. When India needed 12 runs in the last over, they managed 7 runs in the first five deliveries and lost Vijay Shankar’s (17 runs) wicket.

As a result, India needed 5 runs in the last ball and Karthik slammed for a six to secure a memorable victory for Indian cricket. India won that match by 4 wickets and claimed the trophy.

Some hilarious and match status Tweets

Indians in the last 6 balls of this match. #IndvBan pic.twitter.com/AywRP1uITw

What a thrilling match!!! Sat at the edge of the seat till the very end. Congratulations to the entire team for the wonderful performance. And take a bow, @DineshKarthik. #INDvBAN

Waiter : what would u prefer to have sir ?
Manish Pandey : dot balls 😡#INDvsBAN

Twitter is on fire after winning the match. #INDvsBAN Lot of memes coming about #NaginDance.

What more can you expect from a weekend??? Last ball six win for india. Saw something incredible. #INDvsBAN

What a match it is!!!!! @DineshKarthik what a man!!! What a moment for Cricket!!! Just over shadows the brilliant effort from @Mustafiz90 #Bangladesh whoo oooo moment!! Aattam athum thalakeela!! Form of his life #DKMassacre #Triseries #IndvsBAN @BCCI Disciplined Team wins ht

Appreciating the Sri Lankan support on the ground

This man #RohitSharma I tell you is not just #Hitman, he is #Superman when he is in full flow. What a batsman @ImRo45 #INDvBAN #INDvsBAN

What a finish..Well done @DineshKarthik 👏👏 india win #INDvsBAN
Hope u will continue this for @KKRiders .wait for @IPL well played @ImRo45

Pheww, what a wonderful stroke play from the cool headed DK. It is one of the best T20I finishes for India.Thanks @DineshKarthik #INDvsBAN 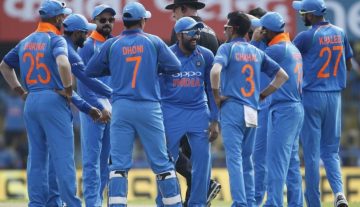