The opening day of the first ever day/night Test match on the New Zealand soil saw the English batting debacles. On the first day of the two-match Test series between the hosts New Zealand and England, England was bowled out for just 58 runs while New Zealand finished the day with 175/3. 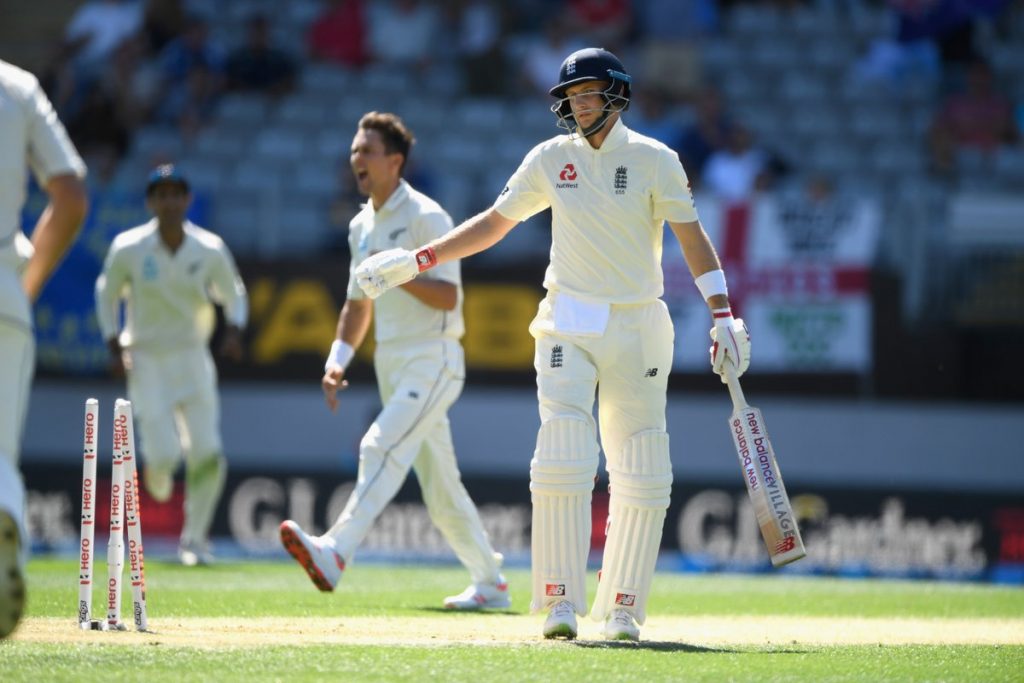 England managed to score just 58 runs in 20.4 overs while Boult (6/32) picked six wickets and Southee (4/25) claimed four wickets. Total five English batsmen scored the duck. Let’s check out at the following how England’s wickets were fallen on the day.

Alastair Cook (5): (c Latham b Boult) little out-swinger found an outside edge that carried into the second slip for Tom Latham, who made no mistake to grab. (6/1)

Joe Root (0): (b Boult) full outside the off-stump, moved back in. Root went to play a drive, completely missed and the ball found a gap between bat and pad to crush the off-stump. (6/2)

David Malan (2): (c Watling b Boult) full-length ball just at outside the off-stump. Little out-swing was enough to find an outside edge that was brilliantly caught by wicketkeeper BJ Watling with a diving effort. (16/3)

Mark Stoneman (11): (c Watling b Southee) again full-length ball with the late away movement. Stoneman was trapped for an outside edge which was beautifully taken by the Kiwi gloveman. It was a very low catch for Watling. (18/4)

Ben Stokes (0): (b Boult) forgettable Test comeback for Stokes. This time the ball came back in, which was totally missed by Stokes. As a result, the ball kissed the top of the off-stump. (18/5)

Jonny Bairstow (0): (c & b Southee) A superb catch was taken by Southee on return. A full ball outside the off-stump, Bairstow drove towards Southee and the right-arm pacer grabbed that in his follow-through. (18/6)

Moeen Ali (0): (b Southee) yorker on off-stump. Moeen Ali missed that completely and he didn’t get the second chance as the ball hit at low of the off-stump. (23/8)

Stuart Broad (0): (c Williamson b Southee) Kiwi skipper Kane Williamson took a flying catch. Outside the off-stump delivery, Broad provided a thick outside edge for four, but Williamson took at gully with a brilliant flying effort. (27/9)

James Anderson (1): (c Nicholls b Boult) Innings wrapped up with the much simple catch. A short pitch delivery outside the off-stump, Anderson just shoved that towards the point which was comfortably taken by Henry Nicholls (58/10).

Craig Overton (33*): Highest scorer in that innings as he remained unbeaten on 33 runs with the counter-attacking knock.

In reply, New Zealand managed to score 175/3 at the end of the day. Skipper Kane Williamson is batting on 91 runs and Henry Nicholls is batting on 24 runs. Jeet Raval, Tom Latham and Ross Taylor were dismissed for 3, 26 and 20 runs respectively.

New Zealand is leading by 117 runs.

Now, look at the some Twitter reactions of the day

England without Stokes – If he was playing the Ashes would’ve been a contest. England with Stokes – All out 58 vs NZ. #ICC #England #Ashes

Reading about the England collapse vs NZ. Must be time for the English talent scouts to visit South Africa again. #SApoms #NZvENG

Waking up to discover England have been bowled out for 58 vs NZ. Oh dear oh dear… #NZvENG

England bundled out for 58 in the first Test against New Zealand and even that total was possible because the last pair added 31 runs!#NZvENG 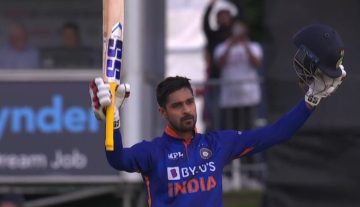