We often see players taking inspiration from the opposition when Zimbabwe player Ryan Burl is one of them, who idolises India’s wicketkeeper-batter Rishabh Pant. However, he made sure that Pant’s stay wouldn’t last long in the middle by taking an incredible catch at the MCG on Sunday. 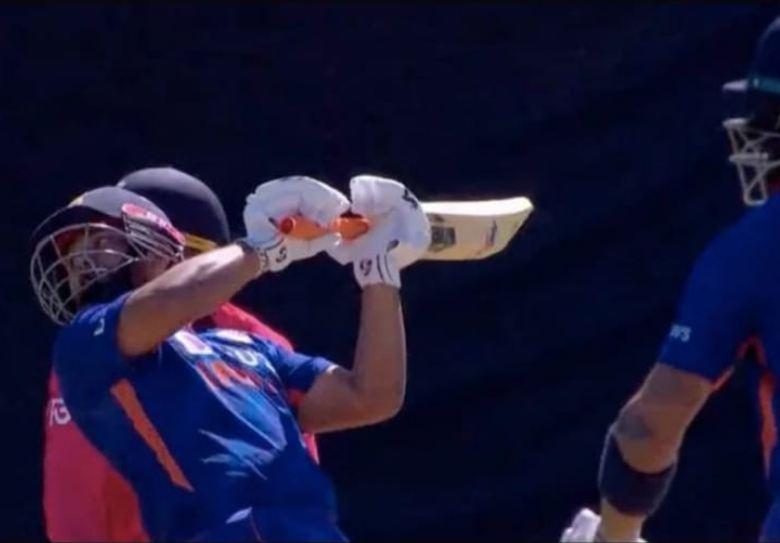 Notably, Rishabh Pant started well to make an impact at the Melbourne Cricket Ground against Zimbabwe in the final Super 12 match at the ongoing T20 World Cup. Pant was added into the mix in place of Dinesh Karthik, who failed to contribute much in the first four matches. However, Pant too did not manage to do any damage to the opposition, courtesy of an acrobatic fielding effort from Ryan Burl.

In an interview with the Times of India, Ryan Burl said that he takes a lot of inspiration from Pant for their alike batting approach in T20s. On Sunday, Burl stunned Pant in the 14th over when Pant, batting on three off five balls, went down on his knee for a slog sweep. The ball was travelling wide of long-on, but Burl stopped it. The Zimbabwean sprinted to his left side and grab in his signature ‘crocodile’ catching technique. He completed the catch with ultimate perfection and for the technique and the timing, he was applauded by Twitterati as well.

That catch by Ryan Burl. Wow! Happened right underneath us. He covered a lot of ground. These big boundaries just change the dynamics of T20 cricket

Wasn't in favour of Pant's inclusion anyway because him & DK don't compete for the same spot in the batting order, but one can't really fault him for that dismissal. Ryan Burl made that into a wicket out of nothing.

Can't blame Pant for that dismissal, it was a fielders wicket. What a Catch that was Ryan Burl 👏

That flying catch by Ryan Burl of Rishabh was extraordinary. That was a perfect placement for a boundary which burl converted into a lovely catch. ❤ #INDvsZIM #T20worldcup22