Once again for the third time in the series, the Indian team is looking in a commanding position after the completion of the first innings. The exceptional performance from the Indian middle-order comprising of KL Rahul, Shreyas Iyer, and Manish Pandey helped India post a massive total of 296/7 in the third ODI at Bay Oval in Mount Manganui.

Earlier, it was the Kiwi Skipper, Kane Williamson who won the toss and asked the men in blue to bat first. India made one change with Kedar Jadhav sitting out for Manish Pandey. For New Zealand, Williamson and Mitchell Santner came back to replace, Tom Blundell and Mark Chapman respectively.

India once again got off to a rough start as Mayank Agarwal walked back with 1 run to his name. Virat Kohli followed him quickly after hitting a six. However, Prithvi Shaw kept on smashing boundaries and just when he was looking in the mood, the young protege failed to complete the second run with Shreyas Iyer and went back to the pavilion and India was down to 62/3 in the 12th over itself.

However, Iyer and Rahul formed the partnership in the middle to avoid further hiccups as both the players knocked runs thick and fast to put New Zealand on the back foot.

ODI century No.4 and his first at No. 5. What an impressive knock this has been from the versatile @klrahul11. He brings up his century in 104 balls with 9×4 and 1×6.#NZvIND pic.twitter.com/q8Vi5BK1I0

The duo added a 100-run partnership for the 4th wicket before Shreyas losing his concentration in the middle in the 31st over after scoring 62. Nonetheless, Rahul found a good partner in Manish Pandey, who scored runs at a good pace as he went on to score his 4th ODI century which he completed in the 45th over.

Rahul also became the second player to score a hundred batting at number 5 and first Indian wicket-keeper batsman after 21 years to score a century outside India. Following century, Rahul showed his mojo with brilliant shots across the park. On the other hand, Manish Pandey yet again proved his caliber to team management.

However, both of them out in the 47th over on back-to-back deliveries as Rahul was dismissed after scoring 112 by Hamish Bennett who was the chief destroyer for the Kiwis as he finished the game with a spell of 4/63.

Here is how Twitterati applauded Rahul for scoring a century:

Will you open?
Possible to bat at 4?
Can you keep?
Can you please be our finisher?
Can you also lead today?
Naam Ek…Kaam Anek.
Kamaal Lajawaab Rahul ☺️🤗 #NZvInd

MS Dhoni's chances of comeback waned when Kohli handed over gloves to KL Rahul from Pant.

Team gave him extra responsibility in the form of a middle-order batsman + keeping role but he had taken with both hands and scored a stunning hundred from 104 balls. Well done, KL. #NZvIND

Will you open?
Possible to bat at 4?
Can you keep?
Can you please be our finisher?
Can you also lead today?
Naam Ek…Kaam Anek.
Kamaal Lajawaab Rahul ☺️🤗 #NZvInd

Lovely that KL Rahul could share that moment of getting to a century at No. 5 for India with Manish Pandey, his Karnataka captain. Plenty of credit to where Rahul is right now with India goes to Pandey's brilliant Karnataka side. This would have meant a lot to him. #NZvsIND

7th 50+ score with 3 hundreds in last 12 ODI innings for KL Rahul, many doubted this man's ability and inclusion in team but he's currently the most consistent guy in both the formats for India. The best part was he proved himself at every given position!

First ODI 100 for KL Rahul in the middle order.

Looks like Kohli-Shastri will have to bat him even lower to set him fresh challenges.#IndvsNZ

Brilliant from @klrahul11 what a series he is having. Will be sad that he will come back and not be there for Tests. Missed opportunity @cricketaakash @vikrantgupta73

KL Rahul desperate to go back and ask Kohli –

"Should I rebook my ticket to India, should I??"#IndvsNZ 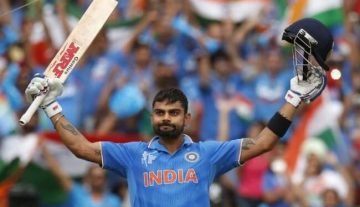