Former Royal Challengers Bangalore (RCB) skipper, Virat Kohli hasn’t been witnessing a good batting form in the Indian Premier League (IPL) 2020 so far barring his 48 against Mumbai Indians (MI) in the last game. It continued in the game against Chennai Super Kings (CSK) as he was dismissed by Mukesh Choudhary for just 1 run at the DY Patil stadium in Navi Mumbai.

Virat Kohli failed to hit a short-pitched over the ropes resulting in a simple catch and leaving fans in disbelief. CSK pacer Mukesh Choudhary was the man who managed to dismiss the former RCB captain and was elated after sending him back to the dugout. After RCB captain Faf du Plessis’s wicket, Virat Kohli had walked out to bat and a partnership was required at that stage.

However, on the first ball of the fourth over which Mukesh Choudary was bowling, Virat Kohli got out caught at fine-leg. Mukesh Choudhary bowled a short-pitched delivery on the leg stump and it probably bounced a bit more than what Kohli expected. Shivam Dube was the only fielder on the leg-side standing at deep backward square leg as he sprinted forward to take a simple catch and end Virat Kohli’s stay at the crease.

A video shared on Twitter showed how it was MS Dhoni who set up the field placing in order to get MS Dhoni out. The video shows on fielder at the deep square leg before Kohli takes the strike, however, when the right-hander comes to bat, Dhoni quietly moves the fielder to that vacant position.

Here is the video of Mukesh Choudhary dismissing Virat Kohli:

ALSO READ: Dale Steyn Accepts Jasprit Bumrah Is A Better Bowler Than Him

Such a shame to get out on a mug delivery that too to a mug bowler so far in this #IPL2022 @imVkohli 🤣. You are officially finished 👍🏻. #CSKvRCB

Whatever is this going on but it hurts the most to See Kohli Failing like this in Chases. TBH since CT 2018 Final we have seen Kohli failing more in chases than sealing the chase 😣 God When this will end cant see greatest chaser getting out like this..#RCBvsCSK #CSKvsRCB

Kohli needs some break from cricket 🏏

@imVkohli @RCBTweets Virat, if you don't want to play, then just please quot RCB but don't do what u r doing now..This is playing with our emotions as we love RCB and want to win IPL. U R Playing irresponsibly as if u dont care. Either give ur 100% or.PLS leave citing injury

@imVkohli and @ImRo45, plz come back in form soon. World cup is not too far away. And most importantly we can't see both of u going through such a phase. It just hurts. We believe in both of u. Come back strongly and show the world why u are the best duo . #Rohirat #IPL2022 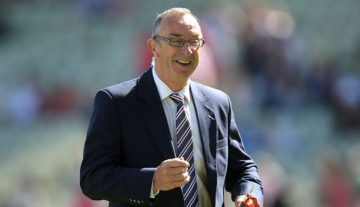