It seems that the Indian skipper, Virat Kohli decided to take the ball in his hand as he is not having a great time with his bat. With New Zealand seven runs shy of a win at the Hagley Oval in Christchurch victory, the Indian skipper decided to have some fun by bringing himself on to bowl.

When India strode onto the field on Day 3 with a lead of 97 under there belt, seeing Kohli coming out to bowl is the last thing the visitors were expecting to witness. After Tom Latham and Tom Blundell made the chase look like a walk in the park with their fifties, New Zealand found themselves at 125-3 and then skipper Kohli came up with the most outrageous decision of all – he brought himself into the attack to bowl an over.

The moment Kohli decided to take the bowl, unsurprisingly, there was laughter and hysteria all around the ground and the Indian players were bursting into laughter knowing the improbability of what they were witnessing. It was only the 11th instance of him bowling in the longest format and just the second such instance since the start of 2018.

So unsurprisingly, the batsman Henry Nicholls was quite nervous as the first ball was wide outside-off and did not trouble the batsman. However, the second one almost ended up finding the fielder at mid-on after Nicholls shanked a pull-shot. Rishabh Pant, behind the stumps, was constantly chirping and he was so much in the mood that he made it look like India was on top.

Here are the video of Kohli’s first two deliveries:

Eventually, Nicholls smacked Kohli for a boundary on the fourth ball towards backward point, but he comfortably left the last two. Here is the video of the same:

Rishabh Pant on stump mic making it appear as if Virat Kohli’s is better than Jasprit Bumrah’s bowling!!!

I'm a fan of Kohli's bowling

Virat Kohli bowling in a Test match & that sums up the series!! #INDvsNZ

Nothing would make me happier than Virat Kohli keeping his sunglasses on while bowling. #NZvIND 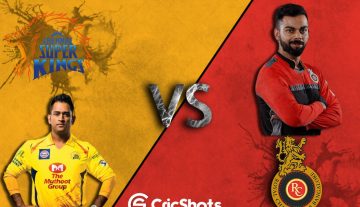