Team India is all set to lock horn with Australia from Wednesday as the three-match T20I series gets underway in Brisbane. While there is a lot of excitement around the tour, the Men in Blue will definitely miss their most experienced player and wicket-keeper MS Dhoni who is missing from the T20I squad. Rishabh Pant will be donning the gloves in his absence as the team is looking for the veteran’s long-term replacement.

Nowadays, India has now made a norm of announcing a 12-man squad a day before the game. Ahead of the series opener, the tourists revealed their 12 and this time tipped Pant as a wicket-keeper. Dinesh Karthik was the wicket-keeper during the Windies series and it is clear one of these two will replace Dhoni for the next few years and will also be in the World Cup squad as the back-up.

Dhoni has been dropped from the T20I side for the first time and no wonder his inputs will be missed during the series. Last time around, it was under his captaincy when Team India had whitewashed the Aussies in the T20I series in their own den.

As far as the rest of the team is concerned, Krunal Pandya has managed to retain his place after an impressive show against the Caribbean team. Manish Pandey was the unfortunate batsman to be left out despite a decent show and Virat Kohli, who was rested for the home series, has replaced him and is back to leading the side.

The performance of Karthik and Pant will be keenly evaluated now in these three matches even as MS Dhoni will return for the ODI series which is set to commence on January 12 next year. Meanwhile, the fans are already missing him as India announced their 12-man squad for the Brisbane T20I and want the ODIs to begin soon.

Here’s how the fans reacted:

Unfair with Ms Dhoni. I think selectors forget that 1st t20 world cup was given by Dhoni sir.

We can expect a big scores from @ImRo45
Because, #Hitman's track record is far better than any other Indian batsman's!

All the best #TeamIndia 👍👍
Miss you @msdhoni 😔

Mahendrashingh Dhoni must be played.. this tour is depends only Dhoni… he make right things..

We will miss Dhoni.

Thala dhoni miss u a lot 😢😢 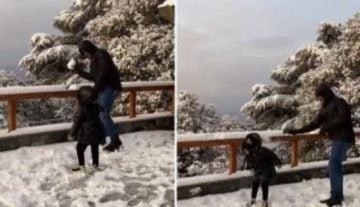