The Windies team locked horns with England in the first Test of the three-match series at the Ageas Bowl in Southampton and the visitors won the game by 4 wickets despite being termed as massive underdogs. Shannon Gabriel’s brilliance with the ball and Jermaine Blackwood’s superb knock of 95 in the second innings which helped the Windies to win the game from the tough situation as they took a 1-0 lead in the three-match series.

Wow @windiescricket what a win. Top display of test cricket.

Here are some more reactions from the cricketing fraternity:

Brilliant result for an understated, determined West Indies side. Excellent test match. This has been good for our game.

Good all-round performances by players from both teams.
Jermaine Blackwood played a crucial knock in a tense situation to see @windiescricket through. An important win which has set up the series perfectly. #ENGvWI pic.twitter.com/PLbJlqIe8c

Nice to wake up and see that the @windiescricket have won the first Test match. Given the build-up for this game, as well as the meaning behind it for so many reasons. So much strength can be taken out of this match for a team that is lead so well by @JasonHolder & @Coachsim13 👏🏽

Cricket is so much better with @windiescricket doing well in the longest format of the game.Congratulations to the WI team for winning the test match #ENGvWI

First game after the break belongs to us!

Some gritty performance from the lads. This team deserves the win in this game. Congratulations boys

🚨Stat Alert🚨
West Indies is the only away team to chase a target of 200+ twice in England in this century🙌🏿🙌🏿🙌🏿#WIReady #ENGvWI #MenInMaroon pic.twitter.com/yCkqfao244

Well done @windiescricket Super win .. they seem to be able to life to their best especially against England 👏👏👏👏Great stuff .. Congratulations!!!

Well played Windies 👏👏👏 .
A big 👍🏻 to @ECB_cricket and Sky sports for putting together some wonderful cricket during these times. #ENGvsWI #TestCricket

The greatness of test cricket, game and the balance swinging back and forth, result decided late into day 5. The return of cricket could not have been better. Congratulations to @windiescricket on what will be one of their most fascinating Test victories #ENGvWI

The West Indies was chasing a target of 200 runs on the final day of the first Test by the hosts but were left reeling at 27 for three thanks to Jofra Archer’s early double strike. Blackwood, though, brought the visitors back into the game with a fine knock but he was dismissed five runs short of his second Test century with the West Indies needing 11 runs to win.

ALSO READ: CPL 2020 To Commence In Trinidad And Tobago From August 18

John Campell, who had retired hurt as he suffered a blow on his toe on the bowling of Jofra Archer, came back to hit the winning runs. The Windies skipper, Jason Holder praised the brilliant performance of his team in the match, saying it was the best day he has had in Test cricket.

As per the quotes in Sky Sports, Holder said, “It is right up there with the best victories we’ve had as a group. To me, yesterday was probably the best day I’ve had in Test cricket. It was a hard, long toil and the bowlers really put it in. Every time I asked a bowler to come up and give a spell, they came up and gave a massive effort.” 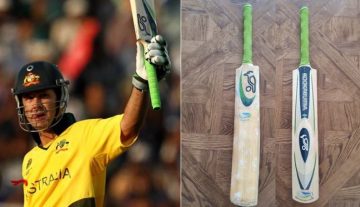