England bowlers helped their team to make a strong comeback in the ongoing fourth Test in Southampton, especially Moeen Ali, who wrecked havoc for the Indian batsmen and took a five-wicket haul as well. But, it was the resilience of Cheteshwar Pujara gave a decent window for the visitors to take a 27-runs lead in the first innings of the Southampton Test. Despite struggling in the earlier part of his nock, Pujara gave an exact testimony of his class on a wearing pitch as he went on to score his 15th Test century which should go down as one of his best overseas knocks.

Pujara came out to bat after the dismissal of KL Rahul and he took his own time to get settled and once he got into the groove, there was no looking back for him. He got an able partner in Virat Kohli as well, as they added 92 runs for the third wicket and kept the team ahead. England tried bouncers against Cheteshwar as well but India’s no.3 didn’t play a hook shot and kept his composure. But Kohli’s wicket turned things around dramatically for India.

India collapsed suddenly after the tea break and it looked like they will concede around 50 runs in the first innings, but Pujara combined with the tailenders from 195/8 and built a partnership of 32 runs for the ninth wicket.

Even after Ishant’s dismissal, Pujara farmed more strike despite a hundred there for the taking, while building a partnership with Jasprit Bumrah. In order to score his century shot, he stepped out and played a lofted shot over Ali’s head and ran a couple to celebrate his first overseas ton in last five years. The crowd and his teammates stood up to applaud for his beautiful knock. Even Twitterati hailed him for a steely knock and wanted him to score more.

Any kid thinking I don’t have enough talent to make it, look at Pujara, that’s your role model right there.#Grit

Great Test Ton by @cheteshwar1 …worthy of being spoken in same breath as any knock by any other Indian away frm the Asian Subcontinent.!Yesterday I thought Indns allowed Eng a fair cushion..Eng seems to b returning the compliment..!!!

What a magnificent test match 💯 from @cheteshwar1 resolute in defence, clinical in attack! #ENGvIND

Standing ovation and very rightly so for @cheteshwar1. Brilliant innings amidst the usual carnage that Indian batters are used to these days #ENGvIND

Well done on your #100 @cheteshwar1 solid knock that 👏👏 #ENGvsIND

Fantastic, selfless innings from @cheteshwar1 . Has single handedly kept India in the game with his resilience and determination.

With all the talk about Pujara’s overseas performance or lack of,this is a gritty knock. #INDvsENG

Love the way @cheteshwar1 plays … !!! He plays Test cricket how it should be played … #ENGvIND … Fantastic 💯 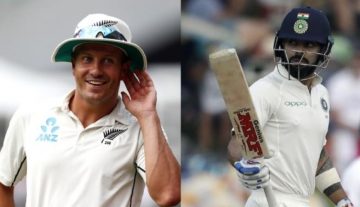