Former Indian cricketer Gautam Gambhir joined the BJP on Friday, prior to the Lok Sabha election in the presence of Union Ministers Arun Jaitley and Ravi Shankar Prasad.

Talking about his alliance with the political party,

Gambhir said, “I have been influenced by the PM, his vision for the country. This is a fabulous platform for me to do something for the country.” He further said that he is “honoured” to get the opportunity to join the platform.

“I would like to thank Jaitley sir, Ravi Shankar Prasad sir and BJP for giving me this opportunity to be doing something special for the country. I have done all that I could in cricket and this is a fabulous opportunity for me to do something great for this country, take this party forward and make this country a far better place to live. With sir’s blessing, I am going to try my best,” Gambhir further added.

Read here: Winning The WC Is Going To Be Tough, Warns Rahul Dravid

Gambhir made his international debut in April 2003 in an ODI against Bangladesh and played 147 ODIs for India. The 37-year old batsman also played 58 Tests in which he scored nine centuries and 22 half-centuries. Last year in December he had announced his retirement from all forms of cricket.

Gambhir has 10,000 international runs in his name. He is the only Indian batsman and one of the only four international batsmen to score hundreds in five consecutive Test matches in the 2009-10 season. He also led Kolkata Knight Riders (KKR) and Delhi Daredevils (DD) in the Indian Premier League and led KKR to two IPL titles in 2012 and 2014.

Here’s how Twitterati reacted after the announcement:

Congrats @GautamGambhir. Wishing you the best in this new innings too. May your passion and honesty lead you to greater success @BJP4India.

Wish you well @GautamGambhir. Politics needs honest, committed people. Much as I admired your first innings, I hope your second innings is even better.

Congratulations @GautamGambhir on your 2nd Innings! Make the political innings as classy as you had your cricketing one. @BJP4India

Welcome, @GautamGambhir and many congrats for the beginning of a new innings.

May it be as illustrious as the old one, and may you serve the Nation as part of @BJP4India family for years to come! 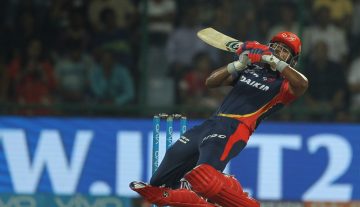