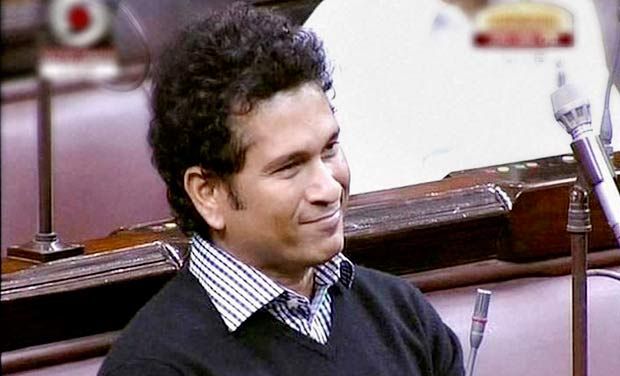 Finally, Indian batting legend Sachin Tendulkar, who is also a Rajya Sabha MP, attended a session of the Parliament on August 3.

According to the Parliament’s latest attendance record, Tendulkar has attended just 23 sessions out of the 348 days since his nomination in 2012. In the mean time, the expenditure incited on Sachin is Rs 58.8 lakh, according to Rajya Sabha data equalling 2.56 lakhs per session.

According to the reports, recently, Naresh Agarwal, a Samajwadi Party MP, questioned the inadequacy of Rajya Sabha members. While Sachin attended the session, people on micro-blogging site Twitter went bizarre.

The legendary cricketer has finally faced the internets trolls along with the Boxer Mary Kom, who was also present in the proceedings. While many took a dig on Sachin’s infrequent promotions of his biopic which was recently released, others nicknamed him the innocent — ‘Eid Ka Chand’. Some Twitter users even related his track record of attending Rajya Sabha sessions to their attendance in college.

Here the reactions of Twitterati on Sachin’s attendance in a Rajya Sabha session:

Sachin- I want to speak

People go to places where you don't expect them to go. pic.twitter.com/PuH6ctM9Co

When you're new to school and no one sit besides you. pic.twitter.com/N8jjJAQC7k

Remember Ishan from TZP, this is him now. Feeling old yet? pic.twitter.com/384jq53cfz

In 2017, India achieved 2 things for which it was waiting for many years :

When there's compulsory attendance for pre-placement talks in B-Schools. pic.twitter.com/2wq8LGgmcw