Chennai Super Kings (CSK) skipper, MS Dhoni has added another feather to his already illustrious cap after he became the second wicket-keeper in the history of the Indian Premier League (IPL) to take 100 catches or more. He has joined fellow Indian keeper and Kolkata Knight Riders captain, Dinesh Karthik [103], in the elite list. And, the champion wicket-keeper batsman did that in fine fashion.

The moment came in the 18th over of the Kings XI Punjab (KXIP) innings after KL Rahul failed to steer the wide yorker bowled by Shardul Thakur, only for MS Dhoni to take a brilliant diving catch. Before that ball, Shardul had also scalped Nicholas Pooran owing to a brilliant catch by Ravindra Jadeja.

Dhoni’s catch brought an end to what was the slowest IPL fifty of his career by KXIP skipper, KL Rahul. Rahul had amassed a 52-ball 63 and his dismissal came as a double blow for KXIP as the Punjab-based franchise lost back-to-back wickets on the first two balls of the 18th over. Shardul Thakur very nearly got a hattrick but for the 1st slip that was too deep to tale the outside edge.

ALSO READ: MI Manges Defend The Target Of 208 Runs Against SRH In Sharjah

Sarfaraz Khan scored two boundaries during his 9-ball 14 while Glenn Maxwell finished with 7-all 11 but the lack of intent from KL Rahul throughout his innings and the wicket of a dangerous-looking Nicholas Pooran meant that KXIP failed to reach a massive total as CSK bowlers managed to restrict them for 4-178 in 20 overs.

For CSK, Thakur was the wrecker-in-chief, as he scalped those two wickets but conceded 38 runs. Ravindra Jadeja bowled an economical spell of one wicket and 30 runs.

There was also an incident in the game when Ravindra Jaeh got angry at Kedav Jadhav for sloppy fielding, here is the video of the same:

Here is how netizens reacted to the achievement:

MS Dhoni adds another feather to his cap.

Gets to 100 catches as a wicketkeeper in the IPL 👏👏#Dream11IPL pic.twitter.com/FWNd6Y7FvP

100th catch for MS Dhoni in IPL – the GOAT of IPL in keeping. pic.twitter.com/5DUvYgxcIM 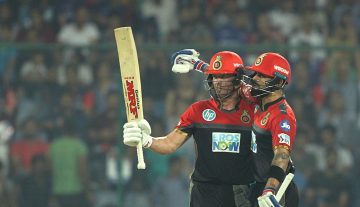