Andrew Tye has been emerged as one of the T20 specialist in the recent times but he didn’t expect such a whopping price just to represent a team for 50 odd days. Kings XI Punjab bought him at INR 7.2 crore in the auction of the Indian Premier League 2018. 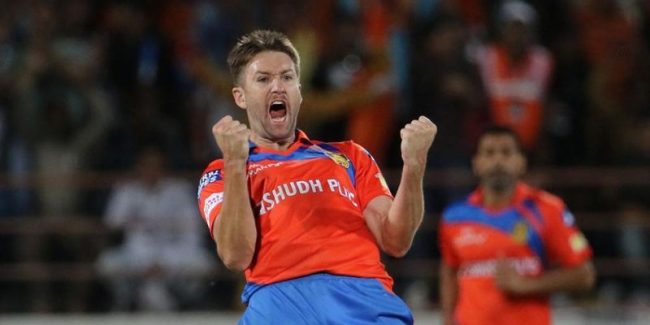 “I wasn’t quite expecting to go for; it took me a bit by surprise. I was thinking I’ll probably get 3-4 Crore if at all,” he quoted to Sportstar. “I was elated to be picked up and heading back to India to play in the IPL again – it’s such an amazing tournament.”

When asked whether this price tag will bring pressure with itself, he replied “I’ll operate the same way. You always try and do the best for your team; doesn’t matter how much you get paid. The club is paying me that money because they really wanted me because I’ll fit in well in their team.”

Tye was an unknown face when he first got picked for the Chennai Super Kings but immediately get recognition with his IPL debut for Gujarat Lions. In IPL 2017, he picked a hat-trick and fifer on his debut match.

He further added “I’m a lot more relaxed with my game now, more confident with what I’m doing and how I’m doing it. I’ve put a lot of hours in practice to sort of find out the things that I wasn’t getting right enough of the time previously.”

Chris Gayle has become his teammate in the IPL, whom was picked by KXIP at his base price of Rs 2 crore. He revealed his excitement to bowl Gayle at the nets and quoted “It’ll be an awesome experience. He (Gayle) has been the boss of T20 cricket for so long, it is fun and also scary at times bowling to the likes of him in the nets because they hit the ball very hard and you try not to get hit by it (laughs).”

“It’s a true test of how well you’re bowling and how you’re able to control the ball for there’s not a lot of margin for error with these guys.”

Talking about Australia’s 4-1 ODI series defeat against England, he commented “Australia probably let England get off in the first 10 (overs) a bit too often. We didn’t quite get it right in the ODI format this year, the one game where we did get it right, we won.”

“But I don’t think during the series, we put a good game together with both bat and ball. There’s a lot of room for improvement there,” he concluded.