Jaydev Unadkat continues his purple patch of form taking a 5-fer against Gujarat in the second innings of the Ranji Trophy semi-finals leading his team into the 4th final in the last 8 years.

Breaking records while bowling a fierce spell in the second innings of the semi-final, Unadkat became the highest wicket-taking fast-bowler in a Ranji Trophy season claiming 65 wickets throughout the season.  Jaydev Unadkat flew past Dodda Ganesh and also surpassed Bishan Singh Bedi’s record of 64 wickets in the 1974/75 season.

Unadkat’s 10 wicket haul in the match helped Saurashtra defeat Gujarat by 92 runs as Jaydev Unadkat finished with match figures of 10 / 142.   He also had the added captainship responsibility on his shoulder captaining the team and he showed the world how well he can play and stay calm under pressure. Coincidently,  Unadkat took 7 wickets as captain while breezing past Bedi’s record who also took 7 wickets in a semifinal’s for Delhi while captaining them back in 1974/75 against Karnataka.  While Bedi took 7 wickets in the first innings. Undakat showed his skills in the second one.

Rajasthan Royals team management will be extremely happy seeing their star bowler develop a knack of picking wickets. RR skipper Steve Steve Smith will be smacking his lips relishing the opportunity to unleash the deadly Undakat against his opposition in the upcoming season of the Indian Premier League.

With the final left to play. Undakat surely has an opportunity to became the highest wicket-taker in a Ranji season if he takes 3+ wickets in the final against Bengal. Saurashtra will be the favorites to win the title with Cheteshwar Pujara confirming his participation in the final being played at Rajkot beginning on March 9. 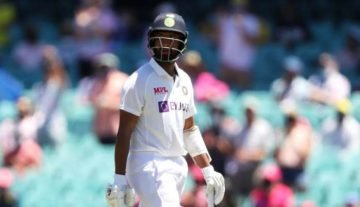