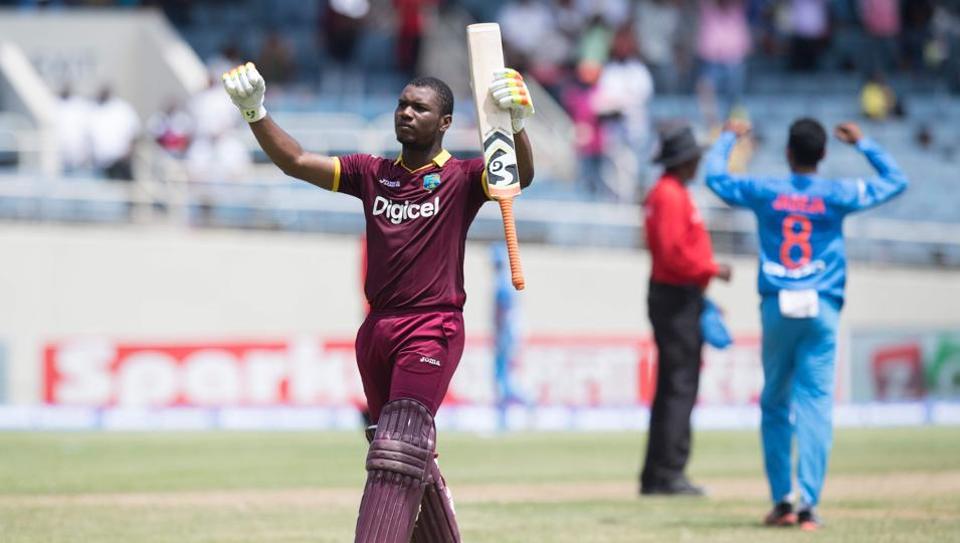 West Indies’ opener Evin Lewis has become a popular name in the cricketing fraternity, especially after his heroics against India in the one-off T20I on Sunday. In 2016, he smashed a 48-ball century against the same opposition, but on Sunday he was a bit slower as he completed his century in 53 deliveries.

Windies were chasing a daunting target of 191 and Lewis played phenomenal innings of 125* (62 balls) and took his team home. Here are some of the unknown facts about the young lad:

When Lewin started playing cricket, he was mentored by none other than the Jamaican legend Chris Gayle, who guided him to improve his batting. In 2016, when Evin scored his first T20I century against India, he replaced injured Chris Gayle. Talking about his mentor, Lewis once said, “I hit a lot of sixes, big sixes like him.”

2. Evin Lewis contract was canceled by Trinidad And Tobago

For the reason best known to Trinidad and Tobago cricket administration, Evin Lewis’ contract was terminated, and this motivated him to work harder and answer his critics with his bat. Soon after the contract cancellation, Lewis scored centuries in List A, First-Class and T20s in quick succession after. And now, he has 2 T20I hundreds to his name.

After his scorching performance at the domestic level in West Indies, Evin was bought by Barisal Bulls to play in Bangladesh Premier League. Lewis proved his worth in the tournament and scored a blazing century in a match against the Dhaka Dynamites. He scored 101 unbeaten runs off just 65 balls.

Evin was the star performer for Trinidad and Tobago in the 2013 edition of Champions League T20. In his team’s run to the semi-finals, Lewis was at the top of his game and scored a total of 211 runs from 5 innings.

5. Most runs scored by a batsman in a T20I match

Lewis scored 125* runs in the only T20I game of India’s tour of West Indies 2017, on Sunday. Lewis came out with a very positive mindset and smashed Indian bowlers all around the park. It is also the third highest individual score in T20I cricket.

In the PowerGen Secondary Schools Cricket League, Lewis scored three successive centuries for his side, the Princes Town Senior Comprehensive. Later, he made his debut for Trinidad and Tobago and scored a century on debut