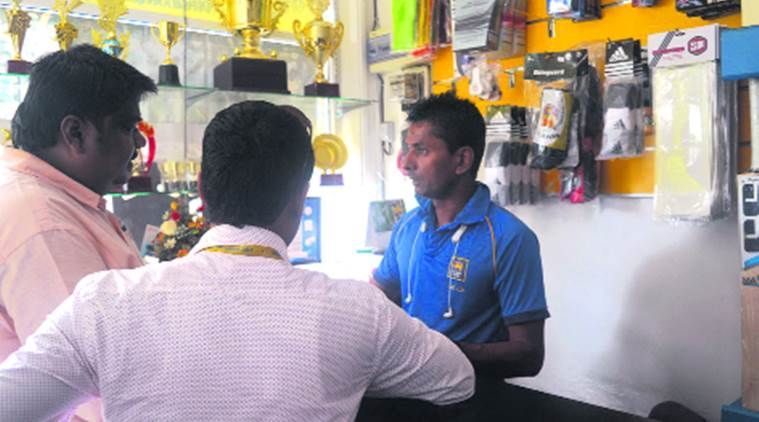 Former Sri Lankan leg-spinner Upul Chandana has always been known for deceiving the batsmen by extracting extra turn from the wickets. However, now his career has taken a different turn and currently he owns a sports shop by the name of ‘Chandana Sports Shop’.

In a recent media interaction, Chandana shared the impact of Indian Cricket League on his decision. He said, “It was a stupid decision. The next year, they started the IPL, and they still owe me 60,000 USD. There are so many cricket clubs around and there weren’t too many good sports stores in the locality. So I thought I’ll start one. People don’t spot it easily. Only if you come inside the club will you notice it.”

He further added, “In my childhood in Galle, we played with one ball for months. There was no sports store and we had little money. Even the schools couldn’t afford it. The first time I held a cricket ball, my fingers almost went inside the ball. It was almost two separate pieces. So I decided one day when I grow up I’d open a sports store.”

Chandana was a match-winner for Sri Lanka, especially in ODIs as he took 151 wickets in 147 matches. In August 2009, Chandana’s Sports Shop was launched, which is located inside the Nondescripts Club. Apart from cricket goods, the shop also sells jogging shoes, table tennis rackets, and tennis balls.

Unlike any other job when a person gets retirement at the age is 60, cricket gives a lot of fatigue in early age. Most of the cricketers start planning for their retirement during their mid-30s as they start feeling the stress in their body.

Despite the fact that it’s disappointing to see Chandana being owed a large amount, it’s also heartening to see him carry on his link with sports and chasing his childhood dream.