News
Uttarakhand Police Will Be Rewarding ‘Good Samaritan’ To Driver Who Helped Rishabh Pant
By CricShots - Dec 31, 2022 10:27 am
Views 29

The Haryana Roadways bus driver who helped Rishabh Pant after the accident on Friday morning will be rewarded with the Good Samaritan award under the central government’s scheme. Sushil Mann, the driver, helped Rishabh Pant after he witnessed the accident. The driver first helped the cricketers to get away from the car, subsequently wrapped him in a blanket, and also called in an ambulance.

Besides the bus driver Mann, other locals who helped during the incident will also be rewarded.

Describing the same, the statement from Uttarakhand Police said, “The first hour after an accident, that is the golden hour, is very important for the victim. He shall be treated within the first hour. The Good Samaritan award is to encourage citizens to take immediate steps in such a situation.”

The bus driver saw Pant’s car being rammed into the divider on the Delhi-Haridwar Highway and wasted no time in helping him. Reportedly, he did not recognize the cricketer as he does not watch cricket. Former Indian batter and current NCA Chief VVS Laxman also expressed gratitude to Mann for his selfless help to Pant.

It has been said that Rishabh Pant has suffered maximum injuries in his head and legs. Due to this, an MRI scan of his brain and spine was also done and the report has given great relief to the fans and Pant himself and it has come out to be normal.

Doctors have said that many more tests are yet to be done for Rishabh Pant. MRI scan of his ankle and knee was also to be done. But it has been postponed because Pant was in a lot of pain and also had swelling. Now, this scan can be done on Saturday (December 31).

ALSO READ: Umran Malik Reveals The Name Of 3 Indian Players Who He Dreams Of Dismissing

Rishabh Pant’s face was hurt in a car accident. There were many cut wounds and some scratches also came. Now to fix them, Pant has also done plastic surgery. Rishabh Pant may have ligament problems in his right knee and ankle. For this reason, the doctors of Max Hospital have also bandaged Rishabh Pant’s knee. Doctors have told me that Pant’s condition is still fine and he is feeling better. 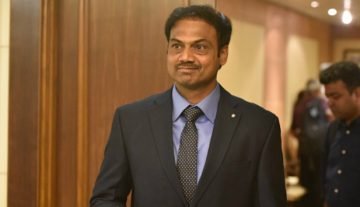