Veteran Indian seamer, Varun Aaron has decided to part ways with his domestic side Jharkhand ahead of the 2022-23 season. Aaron, who has been with his state side since 2004, made his debut for Jharkhand in 2008 and was one of the spearheads of the bowling attack. Aaron also led Jharkhand in absence of MS Dhoni, before Ishan Kishan took the captaincy place.

In an emotional post on social media, Varun Aaron informed about the decision as he bid adieu to his domestic side where he has seen the highest of highs and the lowest of lows and made some incredible friends. Aaron also informed me that he would be joining Baroda from this season onwards.

In his note, Varun Aaron wrote: “Goodbyes are never easy!! I find it incredibly hard to put down my feelings as I walk away from what’s been a huge part of my life , The Jharkhand Cricket Team. I have decided to part ways and move on to play for Baroda in the upcoming domestic season. Leaving behind a journey that has been instrumental in my evolution as a Cricketer and Human. “

He further added, “Friends, brothers, the highest of highs, the lowest of lows, incredible victories , crushing defeats, blood , sweat , tears and a few broken bones along the way .. if I had a chance to rewind the last 18 years, I would and do it the exact same way.”

Varun Aaron, who was part of the IPL-winning Gujarat Titans squad this year, thanked his teammates, coaches, and the two pillars of JSCA, late Amitabh Choudhary and Rajesh Verma while wishing the best for all his boys in the Jharkhand team.

The 32-year-old, however, is not the first player this season to leave his domestic side. While veteran India and Bengal wicket-keepers joined Tripura as player-cum-mentor, the Mumbai duo of Siddesh Lad and Arjun Tendulkar joined Goa. Another Mumbai veteran, Aditya Tare too decided to leave the domestic side to join Uttarakhand. 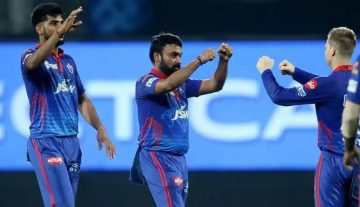