Even as Virat Kohli and his men toppled in the second innings of the third Test in Melbourne against the Australian team, after securing a massive lead in the first innings, there was no shortage of praises for the performer of the day, Jasprit Bumrah who returned with the figures of 6/33. While the fans in India and former cricketers praised the young skiddy pacer for his fantastic show, foreign cricketers too were excited to see him making a mark.

Former England skipper Michael Vaughan, who has recently been active on Twitter and never mince his words away from voicing his opinion, lauded Bumrah for his six-for besides criticizing Australia over their poor batting display at the MCG. He said Bumrah deserved to get more wickets in the second Test in Perth which India lost but eventually got rewarded for his hard-work in Melbourne.

Vaughan also lashed out on the Australian batsmen as he termed technically poor for their disability to handle Bumrah’s fiery spell everytime the pacer was introduced into the attack. He tweeted, “As good a day of fast bowling as you can see … @Jaspritbumrah93 is outstanding !! He should have got a bag full in Perth but gets his rewards in Melbourne … The Aussies batting once again fails under pressure … Technically so poor … #AUSvIND”.

As good a day of fast bowling as you can see … @Jaspritbumrah93 is outstanding !! He should have got a bag full in Perth but gets his rewards in Melbourne … The Aussies batting once again fails under pressure … Technically so poor … #AUSvIND

Australia started day 3 at 8/0 and Ishant Sharma struck up front to send back Aaron Finch and soon after that, the batting line-up collapsed as none of their batsmen managing to got to score more than 22 individually. It was the duo of Jasprit Bumrah and Ravindra Jadeja (two wickets) who grounded the Australian innings as Mohammed Shami chipped in with the prized scalp of Pat Cummins who has shown a lot of character with the bat in the series.

The hosts lost first five wickets for a meager score of 92 and then the remaining half for another 59 runs. Bumrah’s bowling came under special praise particularly for his brilliant delivery against Shaun Marsh who was completely bamboozled by a slower yorker that caught the batsmen plumb.

Australia, however, didn’t give up as they picked five Indian wickets for just 16 runs after openers Hanuma Vihari and Mayank Agarwal put up 28 runs. Cummins took four back-to-back wickets for 10 runs as India ended at 54 for 5, gaining an overall lead of 346 runs with two more days to go. Agarwal, who made a half-century in debut in the first innings, is still standing strong with 28* and was being accompanied by Rishabh Pant who was batting on six. 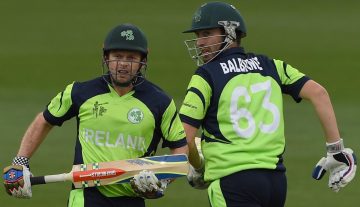