Former India cricketer Vinod Kambli revealed that he decided to coach the aspiring cricketers on the advice of his friend and legendary batsman Sachin Tendulkar. Tendulkar and Kambli were students of renowned coach Ramakant Achrekar and even their friendship has been well known to all.

Recently, in an interview, Kambli gave full credit to Tendulkar for bringing him back on a cricket field, not as a player but as a coach. He said, “When I retired from cricket, it had occurred to me, now what, I thought will do commentary or I was an expert on TV, But my love has always been cricket, so I got on to the field.”

The southpaw addressed the reporters after a cricket coaching academy was launched at the Bandra Kurla Complex of the Mumbai Cricket Association, where Kambli will be conducting the sessions. He said, “Sachin (Tendulkar) knows how much I love cricket, so he said to me why don’t you start coaching, so I would say that I have embarked a path which he (Tendulkar) has shown and I have started on it.”

He further added, “So I would say that he (Tendulkar) has a big hand in bringing me back on to the field. Whatever we have learnt from (Ramakant) Achrekar Sir, so I think the time has come, that to pass it on to the next generation, if the youngsters can take advantage of this, it will be great.”

According to Kambli, he would like to inculcate the values which he learned from Achrekar to his students. He said, “I would like to inculcate the values what Achrekar Sir has passed on especially getting the basics right all the time, whether you are playing for the school, or Ranji Trophy or for your country. (The) one thing which I always remember which I am going to pass on to the students, usually people say practice makes a man perfect but my coach (Achrekar) Sir used to say perfect practice makes a man perfect, so that’s how me and Sachin and all his students work towards having a perfect practice.” 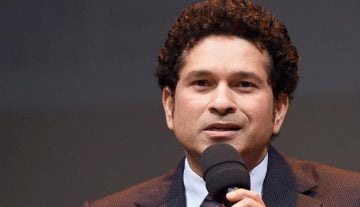