Indian skipper Virat Kohli has been silent with his bat for quite a while. But he hasn’t stopped breaking the records left right and centre. Kohli added another feather in his already star-studded cap during the fourth Test against England at The Oval.

Kohli came out to bat at the end of the 14th over when Ollie Robinson trapped KL Rahul in front of the wicket. India were 28/2 at the moment and the onus was on Kohli and Pujara to steady the ship.

Also Read: Virat Kohli feels India has become a team that everyone wants to beat

Kohli was one run short of climbing the mountain of 23 thousand international runs. He played few dot balls before finally putting driving James Anderson down the wicket for a boundary to cross the 23k-run mark.

He became the seventh cricketer in history to reach the milestone and took the least number of innings in doing so. Sachin Tendulkar held the record who took 522 innings to score 23 thousand runs in international cricket while Kohli did it in 490 innings.

Meanwhile, Kohli also became the first Indian to captain in 10 or more Tests in a country outside the home. The fourth Test at The Oval is the tenth time Kohli is captaining India in a Test match on English soil. Earlier, MS Dhoni held the record with nine Test matches under his belt in England.

On the match’s front, Joe Root won the toss and opted to bowl first. Both teams made two changes coming into this Test match. England brought Chris Woakes and Ollie Pope in the playing XI in place of Sam Curran and Jos Buttler. On the other hand, Ishant Sharma and Mohammed Shami had niggles and made way for Umesh Yadav and Shardul Thakur. 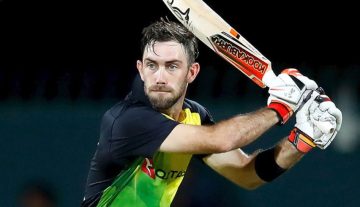