The Royal Challengers Bangalore (RCB) has got back on the winnings ways as they have defeated Chennai Super Kings (CSK) in Dubai by a huge margin of 37 runs in Dubai. In the first innings, Virat Kohli starred with the bat as he scored 90 off just 52 balls, and in the second innings, Chris Morris picked three wickets in his first game.

Winning the toss, Virat Kohli decided to bat first and the start wasn’t good enough for the RCB as their star opener, Aaron Finch once was dismissed failed to impress with the bat and was once again dismissed in the powerplay as Deepak Chahar swung in a beauty of a delivery to get rid of the Australian limited-overs skipper.

At number 3, Virat came out to bat, and just like his usual self, Kohli tried to settle on the pitch. He stitched a decent partnership with Devdutt Padikkal, but soon, Padikkal and AB de Villiers departed in the same over. However, Virat wasn’t to be stopped as the captain led from the front and carried the RCB innings forward.

Virat changed gears in the last 6 overs and soon after completing his half-century, as they scored 83 runs in the last six overs and reached a total of 169 runs for the loss of 4 wickets in their 20 overs. As soon as Virat completed his half-ton, his wife, Anushka Sharma celebrated in the stands and Virat accepted her appraisal from the ground.

The CSK openers Faf du Plessis and Shane Watson failed to give their team the much-needed fiery start and they tried to take on the off-spinner Washington Sundar. But ended up throwing their wickets to the same bowler. CSK were reeling at 26/2 after six overs and once again needed the middle-order to turn things around.

Ambati Rayudu and Narayan Jagadeesan tried every possible way to get their team on the right track, but their partnership of 64 runs in around nine overs made things worse for CSK. The latter upped the ante but the required run-rate was too high and he eventually got run out in a strange way.

With 81 needed off 34 deliveries, MS Dhoni walked in and he was dismissed by Yuzvendra Chahal after smashing a huge. Rayudu, who was set but failed to hit big shots literally crawled his way to 42 off 40 deliveries. CSK ended the innings on 135/8 in their 20 overs losing in yet another chase and they remain at the seventh position in the points table.

Absolutely no issues Dhoni playing like this. Went on the attack early, nailed one, missed the other. Tough luck!

#csk keeping too much for too late in those big grounds at the #UAE As for #RCB the team is looking complete with #morris coming in,Fantastic win for them #ViratKohli #Devduttpadikkal #WashingtonSundar

I am afraid the @ChennaiIPL glory years are coming to an end .. #IPL2020

Why do people troll a certain team?
1. Is it because they expected them to fail in the first place but their success proved them wrong?
2. Or is it because they love the team too much and are venting their frustration by trolling them? #IPL2020 #CSK #GenuineQuestion

Inexplicable innings from Ambati Rayudu. 42 off 40. 13 dots. Jagadeesan showed intent. Dhoni showed intent. Fair play to them. Didn't look like Rayudu did until it was very, very late. Why does at least one CSK batsman end up doing this every game? #CSKvsRCB #IPL2020

Feel sad for Chennai fans.
This was a team that fought & teams used to be wary till the end. Have been very disappointing especially with d bat, leaving it for too late.
Kohli was extra special today. Many batsmen can learn how to not get bogged down,played only 5 dots#CSKvsRCB pic.twitter.com/9AKFBan6F0

An excellent win for @RCBTweets! Completely outplayed CSK. Kohli took his time and CSK didn't see that acceleration well and gave away too many to be chased by a team which is too dodgy and inconsistent. 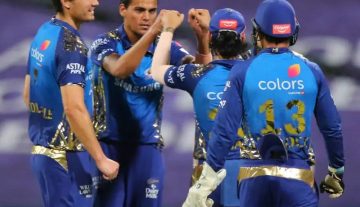