The Indian skipper Virat Kohli was seen mimicking Australian cricketer Peter Handscomb’s controversial catch during the training session ahead of Day 4’s play in the second Test match on Monday at Perth, Australia. Kohli can be seen dropping the catch, later grabbing it and gesturing to claim the wicket replicating Peter Handscomb’s claim that the catch was clean.

Kohli played a superlative knock of 123 runs from 257 balls with 13 boundaries and a six. He came to bat after India were reeling against Australia with the score at 8/2. Nevertheless, his innings came to an end in a rather bizarre manner. In the last delivery of the 93rd over bowled by Pat Cummins, Virat went for an expansive drive through the cover region. Nevertheless, the ball found his bat’s outside edge and flew towards the slip cordon. Peter Handscomb got hold of the ball and was confident about the dismissal.

Handscomb also put his fingers up, signaling that the catch was clean. Albeit the on-field umpires- Chris Gaffaney and Kumar Dharmasena– soft-signaled it as ‘out’, they went to the third umpire Nigel Llong. After a long hard look, replays turned out to be inconclusive. Even as it seemed that the red cherry might have touched the ground, nothing could be decided upon with conviction.

In the end, the third umpire didn’t find any conclusive evidence to overturn the on-field decision. Hence, Kohli had to make the long walk-back. India also couldn’t add many runs thereafter and ended up conceding a vital lead of 43 runs. The 30-year-old also got support from the fans, who went on to say that the experienced batsman was wrongly given out.

Kohli’s dismissal triggered a controversy after Handscomb took the catch at second slip off Pat Cummins’ bowling and on-field umpires deferred to the third umpire with a soft signal of out, meaning only conclusive evidence could overturn the decision.

However, TV replays were not sufficient enough to overturn the decision, which left the Indian fans and Kohli disappointed as the skipper walked off the ground without acknowledging the ovation for his superb innings of 123. 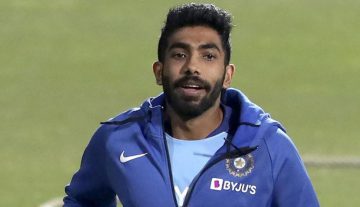