The Indian Premier League (IPL) franchise, Royal Challengers Bangalore (RCB) captain, Virat Kohli reckons that his team has been training in a balanced manner in order to gain back the momentum after the forced break of five months due to the coronavirus pandemic and is happy with how the team is shaping up ahead of IPL 2020. The 2020 edition of the IPL, which was postponed due to the COVID-19, is scheduled to be played across three venues in the United Arab Emirates — Abu Dhabi, Sharjah, and Dubai.

In a video posted by RCB on Twitter, Kohli was heard saying, “Few shoulders were sore initially because we threw after months and suddenly you realize a few muscles are sleep. So I think the guys are getting back into the intensity levels that we want. I think we have moved ahead in a balanced manner. We didn’t wanna be like a maniac doing six sessions in six days. We gave ample time to the boys and will continue to do the same along the course of the next few training sessions.”

The RCB skipper also went on to acknowledge that things are quite different after a long break and the Bangalore-based franchise is trying to get back into a “competitive” frame of mind.

Describing the same, Virat Kohli said, “First few days you will look to get your eye in. After five months it’s a bit different, you try and get back in the frame of mind that you usually want to be in when you are competing,” the skipper said. Heading into these sessions now, where we are batting mostly in the middle with hitting angles in the field and understanding the basics. I am very very happy with how the team is shaping up.”

Kohli has played as many as 177 matches for RCB so far in which he had amassed 5,412 runs in the tournament. He also picked up the Orange Cap in the 2016 edition after scoring 973 runs, including four centuries and seven half-centuries.

The IPL 2020 will be played in the UAE between September 19 and November 10 and the tournament will run for 53 days. RCB will be locking horns with SunRisers Hyderabad (SRH) in their opening match on September 21. 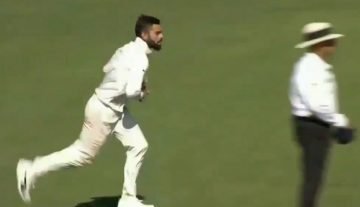