The Indian skipper Virat Kohli has turned vegan four months ago as he gave up the animal protein (meat) and he has found tremendous benefits after doing it. Kohli’s healthy diet now includes protein shakes, vegetables, and soya. Once an enthusiastic foodie who loved his biryani, Virat has now even given up on eggs and dairy products along with the animal meat.

Kohli’s transformation has been remarkable. Not only is he in great shape and prime fitness physically, but the diet also seems to have helped him mentally. As per the reports in Times of India, “Kohli started this diet four months back and is feeling stronger as his digestive power has increased. He isn’t missing meat, eggs or dairy.”

Virat Kohli’s diet has had a calming influence on his personality and temperament – the results of which can be seen on the cricket field – both in his batting and in his leadership.

ALSO READ: Virat Kohli Reveals The Larger Picture For Him In Life

Anushka Sharma, the well-known Bollywood actress, and Kohli’s wife, had also turned vegetarian around the same time as her husband. But in Kohli’s case, the change was planned well in advance. The reports further elaborated, “Two years ago when he was on a normal diet he had stated that he would go vegan if given a choice. He is now feeling stronger than before.”

In November last year, Virat had revealed his workout and diet plan in a chat show ‘Breakfast with Champions’. He recently became the first Indian captain to complete 1000 runs in Test cricket three years in a row when he struck his 24th hundred, against West Indies in Rajkot earlier this week. 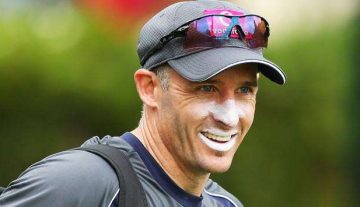